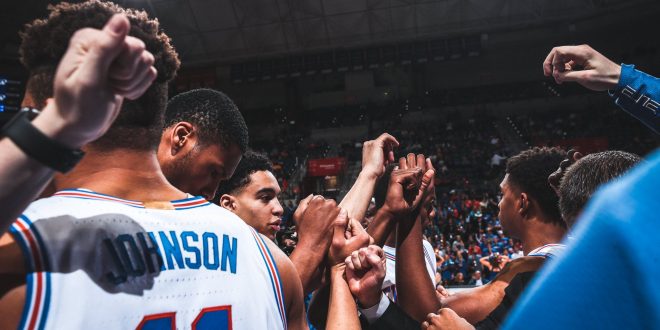 At 12-8, the Gators currently sit tied at fourth in the SEC. Vanderbilt, the loser of their last eight games, sits at 8-12 and 14th in the SEC. The Commodores have yet to win a conference game this season.

Under Mike White, the Gators are 3-6 against the Commodores. In their last meeting, the Gators soundly defeated Vanderbilt 71-55 in Nashville.

Far and away the best player for the Commodores is Saben Lee. The junior guard from Pheonix, Arizona leads Vanderbilt averaging 16.2 points and 4.6 assists per game. Against 13th ranked Kentucky, Lee scored 21 points and tallied four assists.

Florida enters a key stretch in their schedule. The remainder of their regular-season games are against SEC opponents and their performance in these games will dictate whether or not the Gators are going to the NCAA tournament.

"…I trust them, they trust me, we trust our coaching staff…"#GatorsHoop pic.twitter.com/BTanhdhyzl

According to head coach Mike White, this year’s team is the worst defensive team he’s ever coached.

However, something the Gators have not struggled to do in SEC play is score. Florida is first in field goal percentage and three-point percentage, and second in points per game in the SEC. According to Coach White, the Gators have made huge strides on that side of the ball.

“I don’t know that anyone’s made a bigger improvement during the season than the Florida Gators from an offensive standpoint,” White said. “I’ve gotta credit these guys for that. We’ve come a long way offensively. We’ve gotta get more connected defensively and figure it out.”

Someone who contributes to the offensive turnaround is freshman Scottie Lewis. In his last game, he scored a career-high 17 points. According to him, this team is close to making it click.

Early in the season, the Gators struggled to score but were one of the best defensive teams in the country. As the season progresses, the opposite seems to be true. If the Gators want to turn that narrative around, they’ll need to put both pieces together. According to Lewis, Vanderbilt provides an opportunity for the team to do just that.

“I think once we have our, a true A-game, where we’re A defensively and A offensively, we’re gonna have a, kinda a visual of what that looks like and we can take that from there,” said Lewis.

The Gators men’s basketball team’s matchup against Vanderbilt on Feb. 2 tips off at 8:30 pm on the SEC Network.

Steven Walker is a beat writer for ESPN Gainesville and is currently studying Journalism & Sports Media at the University of Florida.
@swalker_7
Previous Florida Pitcher Tommy Mace Hopes for a Better Season on the Mound
Next Kansas City Offense Ready for Challenge Against Stout 49ers Defense