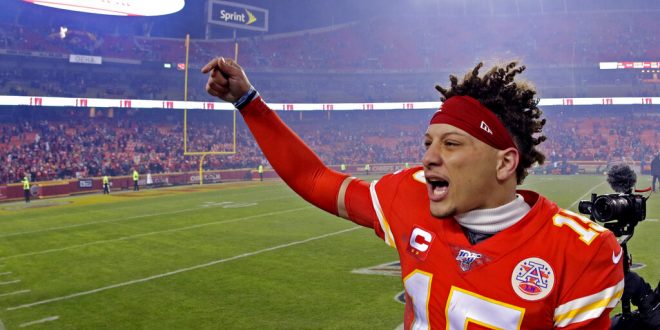 The Kansas City Chiefs face the San Francisco 49ers in Super Bowl LIV from Miami Gardens. One of the biggest topics of discussion since this matchup was announced has been how the Chiefs’ offense will fair versus a strong 49ers’ defense.

Who's ready for Sunday? pic.twitter.com/n8w8lJJxI6

According to statistics on the NFL’s website, Kansas City finished the regular season ranked No. 6 in the NFL in total offense. The Chiefs averaged close to 380 yards per game, which was 20 yards shy of the league-leading Dallas Cowboys, who totaled roughly 430 yards a game.

But since the start of the postseason, the numbers have been on the rise for Kansas City. Heading into Sunday’s game, the Chiefs sit at No. 3 in the league in total offense, averaging a staggering 420 yards through two games. This has been thanks in large part to offensive playmakers like quarterback Patrick Mahomes, who has been on target with tight end Travis Kelce and wide receiver  Sammy Watkins.

Mahomes has completed over 65% of his passes this postseason and has also thrown for over 600 yards with eight touchdowns and zero interceptions. He talked about what he needs to do in order for him and his team to continue their success Sunday.

While the Chiefs have been one of the more dynamic offenses in the NFL this season, the 49ers have quietly built one of the better defenses in the league. San Francisco finished the regular season allowing only close to 20 points per game, which was good for third-best in the league. In addition, the 49ers only surrendered roughly 280 yards a game, which was good for second-best in the NFL, according to statistics from the NFL’s website.

Similar to Kansas City, San Francisco has also improved its numbers so far this postseason. The 49ers now lead the NFL in total defense, allowing just 253 yards through two games. In those matchups, San Francisco held its two opponents to just a total of 30 points combined. Additionally, the 49ers have also been able to compile pressure towards opposing quarterbacks, amassing nine sacks in their last two games.

Chiefs’ head coach Andy Reid also knows the type of players who are lining up on the other side of the ball and the type of challenge San Francisco will pose on both sides of the ball.

Joey Bosa is one to watch for the 49ers’ defense. This season, the rookie has totaled 47 tackles and nine sacks through 16 games. Bosa also has one interception and one forced fumble to go along with his multitude of tackles.

We asked and you answered…

The 2019 Defensive Rookie of the Year is @49ers DE Nick Bosa, as voted on by the NFL on FOX fans! pic.twitter.com/OOjBmo963c

The chess match between offensive guru Reid and San Francisco’s defensive coordinator Robert Saleh should be a fun one. Reid likes to utilize the speed and mobility in his offense, keeping opposing defenses guessing. 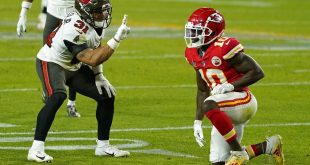