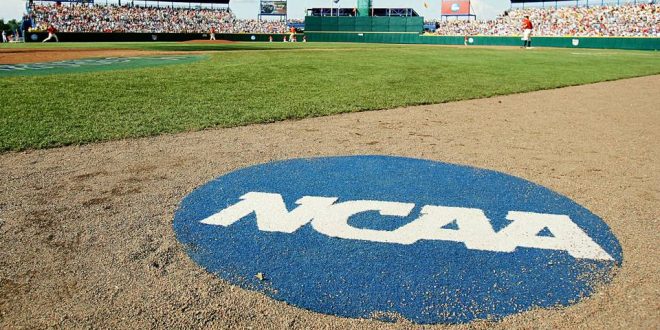 The operation of college athletics is under constant scrutiny. Topics ranging from “pay for play” and coaches’ salaries have been dissected and debated. Despite this, no real change has been made. One organization hopes this changes soon. The Drake Group is an organization, consisting of primarily college faculty, that strives to maintain academic integrity in college sports.

The organization’s president, David Ridpath, joined SportScene with Steve Russell Tuesday to discuss what the group feels are necessary changes to collegiate athletics.

The Drake Group has been around since 1999. It was founded by Drake University provost Jon Ericson. The initial goal was to bring together a group of distinguished individuals to come up with a solution to collegiate athletics corruption. Over 20 years later, the goal of the group remains.

Ridpath said the main mission of the group is to, “ensure some semblance of academic integrity.”

He believes the value of this is decreasing in importance. According to Ridpath, this is because of the rising popularity of college sports and the amount of money involved in it.

Ridpath said the group wants large universities to have its priorities in order.

“We’re suppose to be about education and college athletics is supposed to be an extracurricular activity,” Ridpath said. “If we want to do that then let’s be honest about it and privatize it and call it what it is.”

The coaching carousel in college sports such as football is a major talking point during the offseason. Frequently, coaches jump from program to program in search of the biggest paycheck. Some of these coaches are even the highest-paid state employee in their respective states. Accompanying this with the fact that the student-athletes these coaches lead get no piece of the profit is alarming to the Drake Group.

In order to get into the top 10 highest paid college football coaches this year, you had to make $5 million.

Ridpath says there’s no double standard between the coaches and the players.

He also states a contributing cause to the overall corruption is the exorbitant amount spent to build facilities.

While coaches are making a fortune, the players they are leading are not receiving a penny for their services. For years, the discussion of student-athletes receiving payment for playing continues to loom over college sports. This debate has even been examined by lawmakers in California. In October, the NCAA decided to start looking into potential policies to allow student-athletes to profit off their likeness.

Above all, he says profiting off one’s likeness is “a fundamental right.”

While the discussion of changing these policies is the start, there is still more to be done in the eyes of many. The Drake Group wants to remind people that colleges and universities are non-profit organizations. As a result of the success of college athletics, the education prerogative is blurred.

The reason for the push back on changing how college sports operate is because of the tradition involved. The purity of athletes playing for their school rather than for a paycheck is one of the most attractive aspects of college athletics.

Ridpath says collegiate sports must be governed with the facts we know rather than what we want to believe.