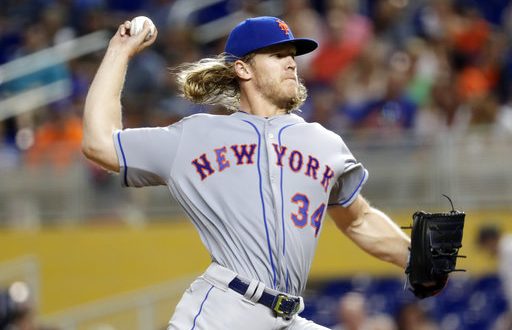 One of the hardest-throwing starting pitchers in baseball history will sit on the sidelines until at least April 2021.

What does this mean for the Mets?

Syndergaard was expected to anchor the Met’s rotation alongside Jacob deGrom for the 2020 season. He threw a career-high 197 innings last season and managed a 4.28 ERA. Despite his overall stellar performance, his health did not hold up.

Syndergaard began experiencing discomfort in his elbow before spring training was suspended due to the pandemic. In response, Noah underwent a physical examination that revealed he tore his ulnar collateral ligament in his throwing elbow.

Health officials confirmed the diagnosis and recommended he undergo one of the most notorious medical procedures in baseball.

Although baseball is nowhere to be found, losing the twenty-seven-year old is a major blow for the Met’s 2020 season and their future.

The Mets are coming off a respectable 86-win season in 2019. Despite the Met’s struggling to make a playoff appearance since 2016, Manager Luis Rojas had high hopes coming into the 2020 season.

These expectations are on hold now with the news regarding Syndergaard’s surgery.

With the starting pitcher out, the Met’s have to figure out who else will start out of the rotation.

As of right now, Marcus Stroman becomes the No. 2 man in the rotation, which accordingly raises the bar he needs to clear. Stroman played a total of 32 games in the 2019 regular season and authored a 3.22 ERA.

Other pitchers in the rotation include Rick Porcello and Steven Matz.

Matz has never managed a qualifying number of innings in any major-league season.

But, looking at the positives in this situation, Syndergaard will come back stronger and better than before in 2021. The Tommy John surgery makes it possible for notable pitchers like Syndergaard to overcome career-ending injuries and return to the mound.