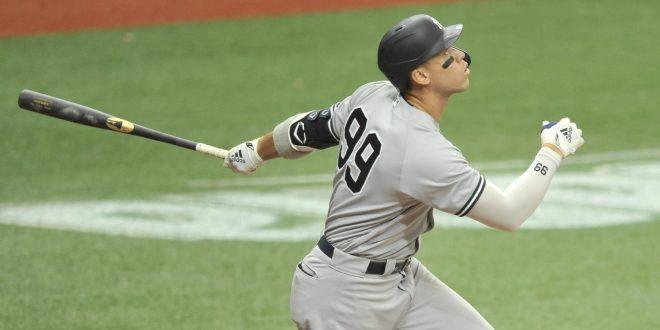 The 2020 MLB season is still young, but a total of 27 games have already been postponed. COVID-19 has affected 11 teams and counting.

On a positive note, MLB was successfully able to see the completion of multiple series and games this past first full week of August. The New York Mets won their first series of the season against the Miami Marlins on Sunday. Whereas, the Tampa Bay Rays triumphed over the New York Yankees in their four-game series that concluded Sunday.

A week to remember for these guys.

Who Carried the Freight the most?

Mets’ Pitcher Jacob deGrom contributed to his team’s first home series win by only allowing two runs on seven hits. DeGrom experienced an issue with his right middle finger but believes it is not a major injury.

The Miami Marlins continued their losing streak with Sunday’s loss. Despite loading the bases several times during the game, the Marlins couldn’t get a man across home plate quite enough. Eddy Alvarez loaded the bases in a strategic hit to the infield, deGrom was able to escape the jam two batters later.

The Marlins will look to regain momentum when they travel to Buffalo to play the Blue Jays.

The Rays took three out of four against the Yankees over the weekend. The four-game series intensified a rivalry between the teams. The Yankees struggled to get a man on base later in the game which helped the Rays to build momentum. Rays’ players spoke on banter that occurred between the teams within the game.

“It’s pretty frustrating to have them think that you’re not able to chirp and say anything back to them. They’ve been doing it the whole time and for us to not be able to do it back,” Rays second baseman Brandon Lowe said to ESPN.

During the series finale, Lowe was able to come up clutch in the seventh inning to tie the game up with a home run.

Parker Welch is a Senior at the University of Florida majoring in Sports Media at the College of Journalism & Communications.
@parkerrwelch
Previous Lightning Set for Rematch With Columbus
Next Kiermaier, Margot lead Rays to 8-7 victory in slugfest with Red Sox