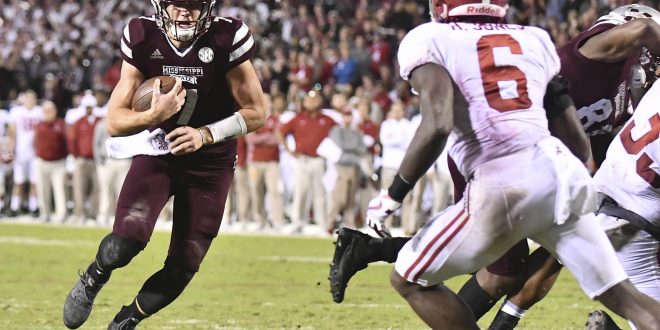 One team is coming off a huge home win and the other is shaking off a bad road loss. It’s a pro-style offense vs. the air raid. As of lately, only one has been working.

Last week, Texas A&M defeated Florida on a walk-off field goal, 41-38. Mississippi State on the other hand just lost on the road to Kentucky, 24-2.

What to Expect From Texas A&M

The Aggies looked sharp against Florida. Spiller ran the ball with ease and Kellen Mond looked comfortable in the pocket as they picked apart the Gators defense. In an interview, coach Fischer still keeps his team focused on the next opponent by saying, “It doesn’t matter who you play, its how you play”.

On the defensive side, they should be heavy in the secondary, preparing for a lot of throws. Although Florida’s quarterback Kyle Trask threw with ease against the Aggies on Saturday, the Gators were also threatening on the ground. TAMU should learn from that and prepare for more volume passing, but with a less accurate passer.

What to Expect From Mississippi State

We know exactly what to expect from MSU. More passing. Not sure what the results will be from that, but there will be passing. Last week in an ugly loss to Kentucky, K.J. Costello threw for 232 yards on 55 throws accounting for zero touchdowns and four interceptions. In the first game of the season, Costello throws for 600-plus yards and five touchdowns on the defending national champions, then the team proceeds to score 14 offensive points in the next two games combined. Since the LSU game, Costello has thrown one touchdown.

The statistics K.J. Costello has produced are crazy compared to the results of these games. In three games on the season, Costello has thrown 174 passes completed 115 of those. He leads the conference in passing yards at 1168. He is fourth in the county in pass attempts only 18 passes behind the leader. But the three quarterbacks ahead of him have played two more games than him.

This is the way head coach Mike Leach coaches football so I think he is living or dying by the air raid offense. To make that clear, running back Kylin Hill has more receptions (23) than rushes (15) on the season.

An SEC matchup that can be interesting if the Bulldogs can figure out their air raid from week one. Also, if they catch the Aggies sleeping off of Jimbo’s biggest win at Texas A&M.

Previous Ole Miss Squares Off Against Arkansas
Next AFC North Match Up: Steelers Host The Browns

The Texas A&M men’s basketball team faces the No. 19 LSU Tigers tonight at 9 …