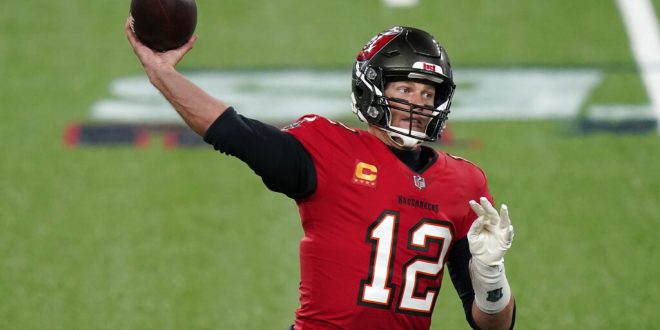 Bucs Travel to Carolina to Face the Panthers

Tom Brady and the Buccaneers are heading to Charlotte, North Carolina, to play Teddy Bridgewater and the Panthers. Both teams are coming off losses but hope to get back on track in week 10.

Last Sunday night, Tom Brady threw three interceptions and zero touchdowns on his way to a 38-3 loss to the rival Saints.

The team looked out of sync and unable to get any traction. This dreadful performance came one week after the Buccaneers barely beat a New York Giants team that was still seeking its second win. If Tampa Bay is really a contender, this offense needs to get in gear.

Head coach Bruce Arians knows he has the players to make it work.

The talent is there. Antonio Brown made his debut, Chris Godwin is getting healthy, Mike Evans is one of the most dominant red zone receivers and Rob Gronkowski is becoming a larger part of the game plan.

Chris Godwin on the three things the Buccaneers have to clean up in order to get back to winning: Penalties, turnovers and mental errors. He's confident they will do so.

Once this offense finds some rhythm, it should lead to some more convincing wins. It will also make the job easier for the defense, which will have one less player to worry about this week.

However, Brady will likely never be satisfied.

Star running back, Christian McCaffrey has had an injury-plagued season, so far. An ankle injury in week 2 caused him to go on IR. He returned last week against the Chiefs. However, his return was short-lived. He is now considered week-to-week with a shoulder injury.

With McCaffrey sidelined again, Mike Davis will take over the backfield. Davis has already proven to be a worthy replacement this season. One of the concerns with McCaffrey being out was how to replace his contribution to the passing game.

In his absence, Davis has hauled in 43 receptions for 278 yards and two touchdowns in eight games. He may not be dominating, but he is allowing for McCaffrey to take his time and come back at full strength.

Buccaneers defense to turn things around

Bruce Arians said CB Carlton Davis looked "pretty good" in practice today and he thinks Davis will be able to play Sunday but they'll have to wait to see how sore his knee is.

The Buccaneers run defense is elite. But, not the last two weeks. The Giants managed to run for over 100 yards and the Saints put up 138 on the ground last week. After holding teams under 100 yards rushing all season, opposing teams have topped the mark in back-to-back weeks.

The run defense was the identity of this defense and the team needs to get back to what they do best. Teams running the ball well will result in more third-and-short situations.

Panthers quarterback Teddy Bridgewater must convert on the manageable third downs to keep Brady on the sideline. One of his favorite third-down targets has been Curtis Samuel, and for good reason.

Christian McCaffrey, Reggie Bonnafon, Russell Okung, Stephen Weatherly have all been ruled out for Sunday vs Bucs.