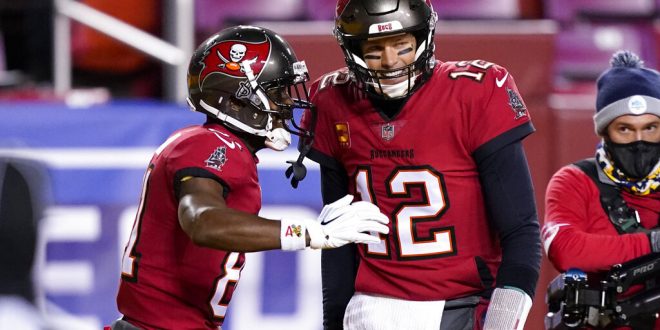 In their first playoff win since their Super Bowl XXXVII victory, the Buccaneers have stamped their spot in the Divisional round.

Buccaneers’ head coach Bruce Arians commented on what it means to snap the streak.

The injury to Washington’s veteran quarterback Alex Smith, left a space for backup Taylor Heinike to fill. In his second NFL start, the quarterback kept Washington in the game against a talented Buccaneers defense.

Tom Brady and company jumped out to an early 9-0 lead by the end of the first quarter. A Ryan Succop 29-yard field goal kicked things off for Tampa Bay.

Following an interception on Heinicke, the Buccaneers offense capitalized on the turnover. A 36-yard touchdown pass from Brady to Antonio Brown established the Tampa Bay 9-0 lead. However, Succop’s extra point attempt was blocked by the Washington special teams.

The Washington offense found the end zone for the first time on the night early in the second quarter. A two-yard run from J.D. McKissic put Washington within two of the Buccaneers.

On the next drive, Brady and the Buccaneers responded with a 27-yard touchdown to Chris Godwin. Tampa Bay got the last score of the second quarter with a Succop field goal. The Buccaneers held an 18-7 lead heading into the half.

Heinicke Keeps It Close for Washington

The third quarter belonged solely to Heinicke and the Washington Football Team. Washington put up a 36-yard field goal from Dustin Hopkins to start off the half.

Washington cut the Buccaneers’ lead 18-16 with a touchdown run from Heinicke. Additionally, coach Arians commented on the poise Heinicke showed in his start.

The Washington defense couldn’t keep up with the experienced Buccaneers offense. Midway through the fourth quarter, Tampa Bay had reestablished their lead to 28-16. A field goal from Succop followed by a touchdown run from running back Leonard Fournette put the Buccaneers in front. Furthermore, Fournette finished the day with 93 yards on 19 attempts.

Brady commented on the way veterans Fournette and wide receiver Mike Evans stepped up for the Tampa Bay offense.

With just under five minutes remaining in the game, Washington put the game within one score. An 11-yard touchdown pass from Heinicke to Steven Sims Jr. put the game at 28-23.

Heinicke finished the day with 306 yards, one passing touchdown and one rushing touchdown.

However, the Buccaneers secured their 31-23 victory with a Succop field goal.

Up Next For Tampa Bay

The Buccaneers continue to the NFC Divisional Round. Tamp Bay will face either the Los Angeles Rams or the New Orleans Saints.