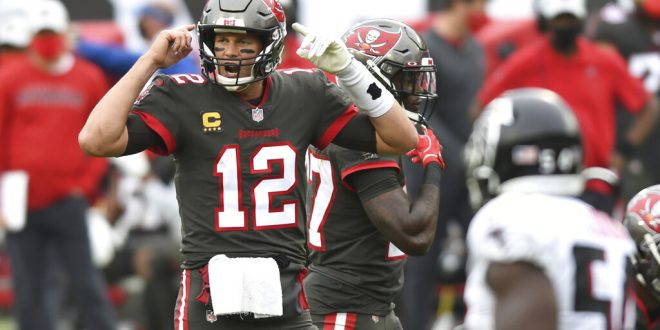 Tampa Bay Buccaneers quarterback Tom Brady (12) calls a play against the Atlanta Falcons during the second half of an NFL football game Sunday, Jan. 3, 2021, in Tampa, Fla. (AP Photo/Jason Behnken)

The Tampa Bay Buccaneers (11-5) have waited over a decade to be back in the NFL playoffs. Saturday’s NFC Wild Card match up with the Washington Football Team (7-9) will be a chance to make a statement.

For quarterback back Tom Brady an appearance in the playoffs is nothing new. Except for the fact that he is sporting something other than a New England Patriots jersey.

The NFC East champions may have barely edged their way into the playoffs, but they enter Saturday’s game with a strong defense looking to contain Brady.

The race for NFC East champion game down to Washington’s final game of the season. The Dallas Cowboys beat the New York Giants in their regular season finale, tying their records at (6-10). This put the pressure on Washington to secure a victory over the Eagles in order to claim a spot in the playoffs.

With a 20-14 win over Philadelphia, Washington punched their ticket for a meeting with the Buccaneers.

The rookie is third in the league for forced fumbles with four. In addition, he holds 32 solo tackles and seven and half sacks on the season.

Brady made note of the talent Young and the Washington defensive line hold.

In his first season back from his 2018 leg injury, Washington quarterback Alex Smith has been making his presence known.

According to Tampa Bay head coach Brian Arians, Smith makes the difference for this Washington offense.

Since taking over the starting job in November, Smith has led Washington to a 5-2 record. Smith has thrown for six touchdowns and over 1,500 yards this season.

However, Smith is officially listed as questionable for the wild card game due to a strained calf. This could mean that Washington will play back-up quarterback Taylor Heinicke,

The Buccaneers are coming into this wild card with a four game win streak and a strong offense.

According to CBSSports‘ John Breech, Brady is facing a new task in his meeting with Washington. For the first time in his career, the quarterback is entering the playoffs as the wild card team. For more than two decades Brady and the Patriots appeared in four wild card games, all in which New England had won their division.

In their final regular season game, wide receiver Mike Evans suffered a knee injury that took him out of the game. Despite practicing with the team on Thursday, Evans is still listed as questionable for Saturday’s game.

Bruce Arians said of Mike Evans just now: "I think he's got a chance [to play Saturday]. He'll be a game-time decision."

With Evans questionable, Brady still has a steady group of experienced receivers headed into this wild card match up. Tampa Bay ranks seventh in the league for total offensive yards and second in the league in passing yards per game. 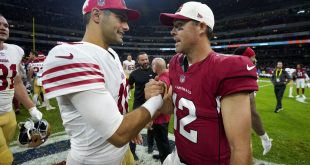 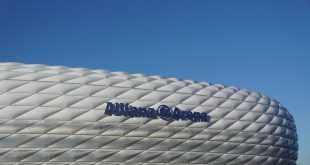 Moving across the world away from friends and family can be hard. For sports fans, …