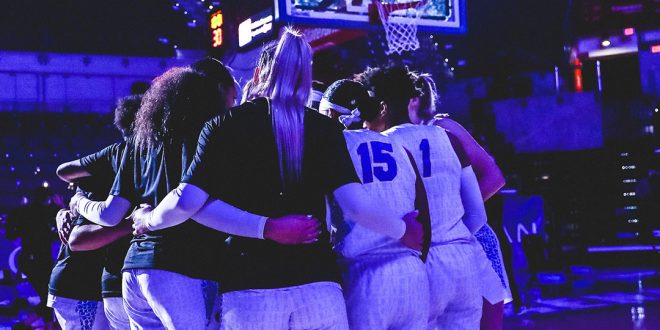 Gators Women’s Basketball is on the road heading to Oxford, Mississippi to take on the Ole Miss Rebels.

The Gators are coming off an impressive 68-54 win over the Auburn Tigers last weekend, stamping their first SEC win. The Gators struggled to win a game at the beginning of conference play but wound up turning it around.  One of the leaders for the Gators is senior Kiki Smith averaging 15.9 points and 6.4 rebounds per game. The senior guard had an outstanding game against Auburn with a season-high of 22 points and 13 rebounds, leading the Gators to their first conference win.

Following behind her was sophomore Lavender Briggs, who leads the Gators in scoring this season, averaging 19.4 points per game. Briggs added 18 points Smith’s 22 points both combining for 40 points. Briggs has been outstanding this season. Lavender racked up 41 points in a tough loss to Arkansas. After her performance against the RazorBacks and her 18 points put up against Auburn, she was named SEC player of the week. Being the last Gator named with that award since 2018.

The last time these two teams met was last season in the O’Connell Center where freshman Briggs had a career-high of 23 points leading the Gators to a 74-72 win over the Rebels.

Wheels up to Oxford ✈️ pic.twitter.com/PJCK3fAPGR

The Ole Miss Rebels are coming off a 73-57 loss against Georgia, leaving them on a three-game losing streak. Both Florida and Ole miss each earned their first conference win over Auburn.

Shakira Austin a transfer from Maryland leads the Rebels in scoring with 17.9 points and 7.6 rebounds for the season. The Rebels roster is fairly new this year with many transfers so this will be a new Rebels team that the Gators we’ll be taking on. The Rebels currently lead the SEC in assist per game.

Both teams are looking for their second win of the conference. The game time is set for 3 p.m. Tune in to catch the Gators match up against the Rebels.

Previous Skaggs, No. 1 Gators Get Road Win Over No. 8 Arkansas
Next The Tampa Bay Buccaneers are Super Bowl Bound