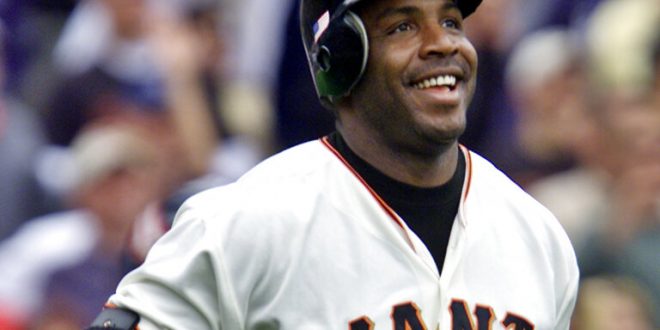 FILE - In this Oct. 7, 2001, file photo, San Francisco Giants' Barry Bonds smiles as he begins to round the bases after he hit his 73rd home run of the season, against the Los Angeles Dodgers in a baseball game in San Francisco. The baseball Hall of Fame won’t have any new players in the class of 2021 after voters decided no one had the merits — on-the-field or off — for enshrinement in Cooperstown on this year's ballot. Curt Schilling, Bonds and Roger Clemens were the closest in voting by members of the Baseball Writers' Association of America released Tuesday, and the trio will have one more chance at election next year. It's the first time the BBWAA didn't choose anyone since 2013. (AP Photo/Eric Risberg, File)

For the first time since 2013, no one was elected into the National Baseball Hall of Fame. This is also just the ninth time this has occurred since the voting started.

Results from the HOF voting

Curt Schilling, who was in his penultimate year on the ballot, has requested to be off next year’s ballot. He was in the 70s in percent of ballots for the second year. In most cases, when a player gets above the 70% threshold, they eventually get inducted in Coopertown. Schilling, 54, received a lot of backlash for his Twitter posts of recent. This could have been his downfall in not getting enough votes.

National Baseball Hall of Fame President Tim Mead spoke about what was considered when voting for a candidate.

Andruw Jones, 10 Gold Gloves, received votes on 33.9% of ballots this year. That is 14.5% more than last year’s vote. It is also his fourth year on the ballot.

Tim Mead said, “the Hall of Fame will still host an induction this summer when members of the class of 2020… are formally enshrined July 25th.” Mead said they will “wait and see what the circumstances are”, referring to the COVID-19 pandemic, but that they will have a ceremony in July.

Jensen Young is a journalism student at the University of Florida. He works as a sports writer for WRUF.com and is the voice of trendings on Wednesday mornings on the WRUF radio station.
@Jensen_Young9
Previous Ron Zook Still Going in College Football
Next Gators Men’s Golf Wins Timuquana Collegiate in Two-Hole Playoff