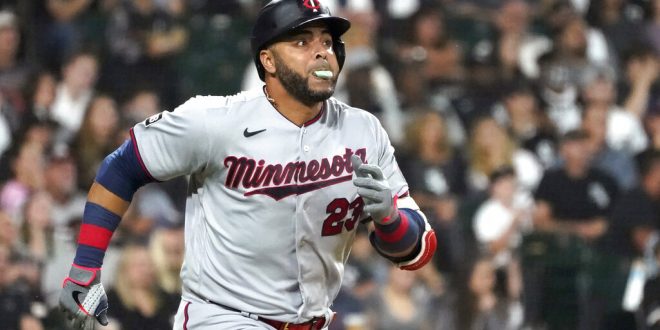 The Tampa Bay Rays have entered the buyers market. We’re serious. The time came for it.

Heading to St. Petersburg is slugger Nelson Cruz from the Minnesota Twins, along with minor league pitcher Calvin Faucher. The Rays sent over righties Joe Ryan and Drew Strotman in the deal.

The trade deadline is exactly a week away. Expect the Rays to continue searching for another piece or two. The next target is likely a starting pitcher. Tyler Glasnow is on the road to returning, but he won’t be at full strength immediately, and they had a depth issue already in the rotation with him at full strength.

Before you say Max Scherzer, don’t. Yes, getting Nelson Cruz shows the Rays are willing to go get a big name with big impact. But the haul for Mad Max would be much greater and likely further out of the Rays comfort zone than the Cruz deal. Of course, Scherzer leading Tampa Bay to a World Series title would be completely worth it in the end no matter what the cost–the farm is deep enough to take the hit. But expect the Rays look at other options first. But if they did, the Rays become the heavyweight of the American League to reach the World Series.

No names are really tied to the Rays. Whoever the Rays are targeting is being kept a secret. So, in that case, we get to have the luxury of making our own speculations.

Here’s how we’ll define the ideal pitcher the Rays are looking for:

Mad Max only checks off the first box, and this does eliminate a lot of options. But there is an ideal option the Rays will absolutely consider: Kyle Gibson.

The Rangers starter wouldn’t be just a rental either, as he is under contract for next season as well. For those who are fine with traditional stats, Gibson has a 6-2 record and a 2.86 ERA with 90 strikeouts and a 1.13 WHIP. For the advanced stat lovers: 3.4 WAR and 156 ERA+.  The Rangers certainly would love to getting prospects for Gibson for their rebuild.

Other options the Rays may consider are Mike Minor of the Royals and Jon Gray of the Rockies. Both are reliable, affordable starters. Perhaps, if they convince Arizona to retain a chunk of his salary, they could nab Madison Bumgarner.

Harrison is a sports coordinator at ESPN 98.1 FM/850 AM WRUF. He served as a beat writer for Florida Gators football for the 2019 and 2020 seasons. He also contributes to WRUF's Gainesville Sports Center segments and makes appearances on the Clash on Harp on Sports. Harrison has been a content writer for WRUF since January 2019 as well.
@HarrisonSmaj
Previous Pat Dooley’s Friday Fivesome July 23rd
Next Missouri at SEC Media Days