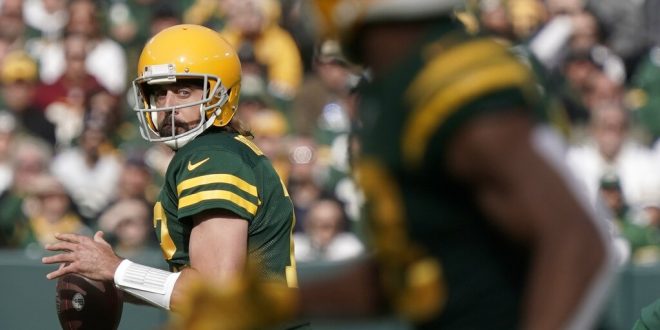 The Arizona Cardinals (7-0) host the Green Bay Packers (6-1) in a heavily anticipated Thursday Night Football matchup. Aaron Rodgers and Kyler Murray will meet for the first time Thursday night. Rodgers and the Packers will likely be without one of their top weapons in Davante Adams who landed on the COVID-19 list.

Allen Lazard will also be out because he is unvaccinated and couldn’t get cleared in time for the game. So, how will that injury impact the Packers’ chances of winning, and will the Cardinals remain undefeated?

Although Adams could technically clear back-to-back negative COVID-19 tests, he didn’t have much time to do so. It’s also worth noting that he didn’t make the trip to Arizona with the team. Behind Lazard on the depth chart is Marquez Valdes-Scantling who has been on the injured reserve since Oct. 2. Valdes-Scantling did make the trip to Arizona, so there remains a good chance MVD could suit up for the Pack even without practicing all week.

The Packers aren’t the only ones expected to miss a star player in Thursday Night’s game. Cardinals’ defensive end J.J. Watt will be out for the game and likely the rest of the season, according to ESPN, as he prepares to undergo what could be season-ending shoulder surgery.

Cardinals’ DE J.J. Watt will undergo what is now likely to be season-ending shoulder surgery, sources tell ESPN. No date set yet for surgery.

Watt hurt his shoulder in the second quarter Sunday and still managed to play the rest of the game with the injury. pic.twitter.com/Y2pzFV8sFQ

Even without Adams and Lazard in the game, the duel between Rodgers and Murray promises to be a fun one. Murray has been as good as ever in leading the Cardinals to a 7-0 start and he’s currently the betting favorite to win NFL MVP. He’s surrounded by weapons, with Deandre Hopkins, A.J. Green and Christian Kirk all hauling in at least 400 yards. That’s not to mention veteran tight end Zach Ertz who joined the team in the middle of the season after a trade from the Eagles.

Murray’s accuracy has been a key part of his game this season; he leads the NFL with a 73.5 percent completion rate. He also ranks second in QB rating, ties for fourth in passing touchdowns and fifth in passing yards. And those stats don’t even do any justice to the ability he has to maneuver in the pocket and escape pressure. If the Packers want to have any chance of winning this game, they’ll have to keep Murray from escaping the pocket. Rodgers said he’s impressed by Murray’s athleticism.

He’ll be facing off against the reigning MVP in Aaron Rodgers. After taking a humbling 38-3 loss to the Saints in Week 1, Aaron Rodgers has silenced the critics and led Green Bay to six straight wins. Despite flying relatively under the radar, Rodgers is still putting up top-five stats, and he has the opportunity to vault his team into the top spot in the NFC with a win in Arizona. Murray also expressed respect for Rodgers ahead of Thursday night’s game.

The Cardinals will host the Packers at State Farm Stadium at 8:20 p.m.

I'm a third-year student at the University of Florida passionate about storytelling and sportswriting. My goal is to work in communications for a professional sports team after I graduate.
Previous Heat Burn Nets in the Barclays
Next Magic suffer fourth loss in five games