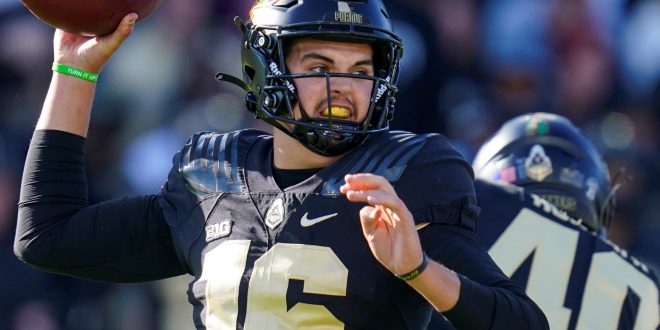 Around the College Football Landscape

No. 9 Wake Forest lost a shootout to Sam Howell and UNC on the road 58-55. The Tar Heels outscored the Demon Deacons 24-7 thanks to three touchdowns by UNC running back Ty Chandler. Howell added another 216 yards through the air with one touchdown. Wake Forrest will look to rebound this Saturday as they host fellow top 25 opponent, NC State. Meanwhile, UNC travels to take on an upstart Pittsburgh team that currently sits atop the ACC Coastal standings.

Purdue proves once again that playing at Ross-Ade Stadium is a difficult task for ranked opponents. The Boilermakers defeated the Spartans 40-29. Purdue quarterback, Aidan O’Connell completed 40/54 passes for 536 yards and three touchdowns. Wide receiver Demetress Bell proved to be too much for the MSU secondary as he caught 11 passes for 217 yards and one touchdown. With this victory, Purdue is in a four-way tie for first place in the Big Ten West. Michigan State drops to second in the East as they take on Maryland this Saturday.

Mississippi State and Kentucky also could not avoid the upset bug on Saturday. Mississippi State’s special team woes continue to haunt the team as they missed three field goals in a 31-28 defeat to Arkansas. State drops to 5-4 overall as they travel to take on the Auburn Tigers at noon this Saturday. Tennessee beat Kentucky 45-42 in Lexington in this annual rivalry game. Tennessee quarterback, Hendon Hooker, went 15/20 for 316 yards and four touchdowns. Hooker outdueled Will Levis of Kentucky who completed 31/49 passes for 372 yards and three touchdowns. With this loss, Kentucky lost their third game in a row, but they still currently sit at second in the SEC East. Meanwhile, Tennessee improves to 5-4 as they host #1 Georgia this Saturday.

The updated College Football Playoff rankings will be released Tuesday after a weekend full of upsets. Week 11 starts off with two key matchups at noon. Oklahoma travels to take on Baylor, and  Michigan travels to take on Penn State. College GameDay will be in Oxford for the Texas A&M and Ole Miss matchup that starts at 7, and Oregon hosts Washington State in a “Pac-12 After Dark” matchup to conclude week 11.