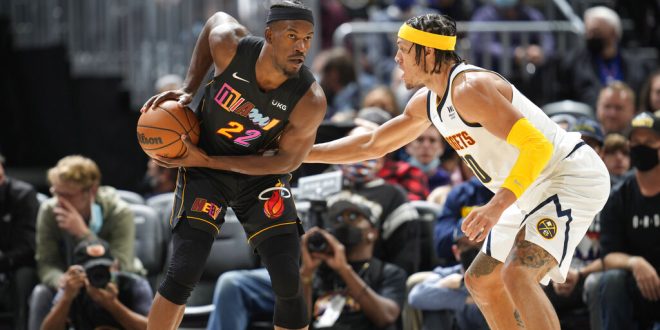 Last night the Heat played the Nuggets in a matchup between two potential title contenders. The Nuggets won convincingly as the Heat were defeated 113 to 96. 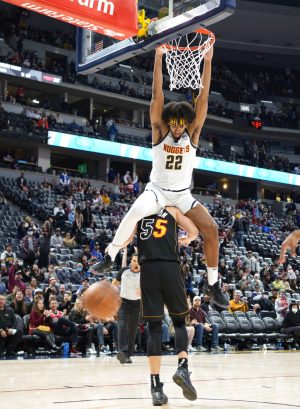 After starting the season 7-1 the Miami heat have lost two of their last three games. Yesterday’s loss to the Nuggets and an abysmal 95 to 78 showing against the Boston Celtics.

All-Star forward Jimmy Butler led all scorers with 31 points to add to eight assists and five rebounds. However, it was the supporting cast of Miami especially star guard Kyle Lowry that let down the Heat. In 37 minutes of game time, Lowry went 0-8 from the field with zero points with three turnovers. His +/-, an indicator of net change of when a player is on the court, registered at -20 yesterday.

While nicknamed Kyle Choas by Pat Riley for his high on-court IQ, it seems as this team can rely on Lowry too much as the starting point guard. When Lowry doesn’t play well, the Heat lose. No one has proven able to step up to help Jimmy Butler.

As the 35-year-old is making north of 30 million dollars till he’s 39 for the next 3 years, it’s something to look out for if Lowry declines in the future.

Jokic and Markieff Morris both got ejected after exchanging fouls during Nuggets-Heat.

Morris was hurt but walked off the floor under his own power. pic.twitter.com/ReXnjRTHzu

Reigning MVP Nikola Jokic was ejected from the nuggets victory after an altercation with 3pt specialist Markief Morris. Following a block on Bam Adebayo, Jokic brought the ball up when Morris subsequently fouled him hard in the ribs. In the ensuing moments, Jokic hit Morris from behind knocking him to the ground. The Heat medical staff did take out the stretcher, but Morris was able to walk out on his own two feet.

Denver Nuggets fans chanted MVP to Morris as he headed to the locker room with the medical staff.

Ethan Sanabria is a second-year telecommunications student on the digital film and television production track at the University of Florida's College of Journalism and Communications. He has previously worked as a broadcaster for the Florida Flight basketball team and currently helps the production of WUFT news facebook lives. You can reach Ethan on any of his social media or at Ethansanabria@ufl.edu.
@ethansanabria
Previous Around the College Football Landscape
Next Patriots Turning Corner With Third Straight Win