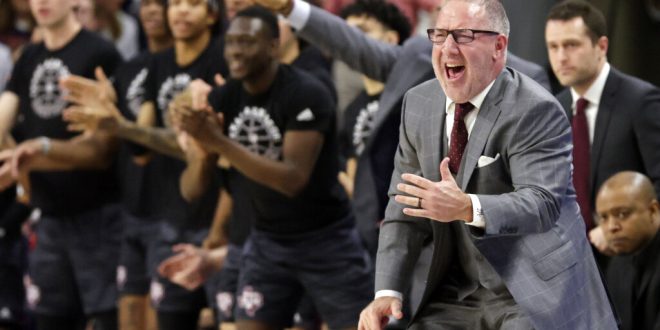 Texas A&M head coach Buzz Williams reacts to a basket during the first half of an NCAA college basketball game against Auburn Saturday, Feb. 12, 2022, in Auburn, Ala. (AP Photo/Butch Dill)

Georgia to Take on Texas A&M

The Aggies are coming off of a 72-67 defeat against Vanderbilt and hope to redeem themselves in this upcoming game.

The Bulldogs have average 69.4 points, 14.3 assists and 27.7 rebounds in what could be a defensive clash. The Bulldogs sit in last SEC while Texas A&M is in 11th.

The spotlight is on Marcus Williams, at guard for the Aggies, while he is averaging 13.9 assists and 3.4 points. Aaron Cook, guard for the Bulldogs, has averages 14.1 points per game with 5.6 assists per game.

Texas A&M Players To look Out For

At the guard position, and one of the top performers for the Aggies, Andre Gordon, averages seven points per game against Georgia, two rebounds and two steals. Gordon boasts a 50% field goal percentage hits 33.3% of his three-pointers.

Also at the Guard position for the Aggies, Quenton Jackson, has been averages eight points per game against the Bulldogs, while maintaining an average of three rebounds.  The past 10 games have been exceptional for Jackson as he has a shooting percentage of 39.8% and has been averaging 9.2 points for the Aggies.

Georgia Bulldog Players To Look Out For

Game time is set for 7 p.m. in Reed Stadium in College Station.

Previous Vanderbilt Men’s Basketball Aims to Defeat No. 24 Alabama
Next Florida Takes on Another Ranked Opponent at Home 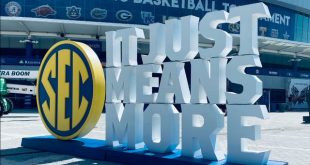