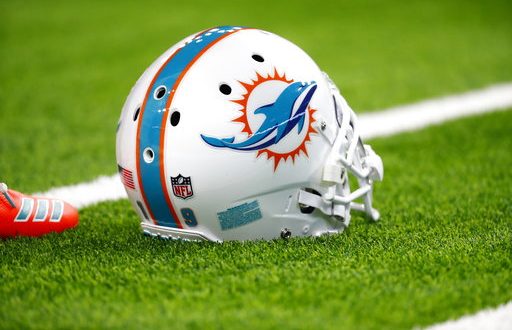 Dolphins General Manager Chris Grier discussed the possibility of a Watson trade with reporters at the NFL Combine on Wednesday. Grier made it clear that Miami is not a potential trade destination for Deshaun Watson.

The Miami Dolphins are out of the Deshaun Watson trade market, GM Chris Grier says.

The former Texans quartback announced that he wanted out of Houston when he requested a trade prior to last season. The announcement came shortly after Houston hired head coach David Culley in January. ESPN’s Adam Schefter confirmed that the submitted request came weeks prior to Culley’s hiring, and not as a response to it.

Deshaun Watson officially has requested a trade from the Houston Texans, per league sources. He actually did it weeks ago. Their new head-coaching hire, David Culley, has not and will not alter Watson’s thinking.

Significantly, alongside reports that Watson wanted out of Houston, were reports that Miami could be a potential landing spot. Miami being the most mentioned potential trade destination was because of his desire to play under head coach Brian Flores.

Miami trading for Watson became uncertain last year, as he began facing legal trouble when he was accused of sexual assault and misconduct. Furthermore, after Miami fired Flores, the team’s commitment to pursuing Watson in a trade faced further questioning.

Miami’s general manager Chris Grier laid those questions to rest on Wednesday when he said “the door is shut on Deshaun.”

The Future of Miami

Newly hired Dolphins head coach McDaniel has made it clear that Tua was his guy. Tagovailoa came off of an injury and struggled to find consistency in play in his second NFL season. There were also rumors of a strained relationship between Flores and Tagovailoa. This combination led to the assumption that Miami would make way for Watson to land in Miami.

When the Dolphins hired McDaniel in February, he publicly endorsed Tua in an interview with ESPN. McDaniel said that he knows Tagovailoa’s skill set. He also said that the skill set will be very successful in his offense.

McDaniel told Tagovailoa after his hiring that he is “all in” regarding their relationship. Offensive coordinator Frank Smith has also been vocal about his support of Tua. He said that he is “super excited” to work with the former Alabama QB.

With the confirmation of ruling out Deshaun Watson, it is evident that the future of Miami lies in the hands of the former fifth overall draft pick.