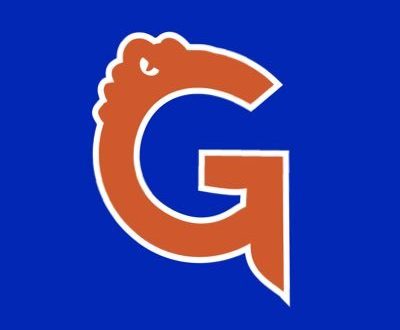 The University of Florida last won the national title in football in 2007. Gator Collective CEO Eddie Rojas is on a mission to change that through the developing means of Name, Image and Likeness, also known as NIL.

The policy, which allows college athletes to profit off their likeness, went into effect July 1. Rojas, a former UF baseball player, turned financial advising company owner said he knows the financial struggles of college athletes. Playing a sport with limited scholarships, Rojas worked several jobs during the season and worked at Golden Corral over the summer. The booster wanted to make a change.

On Sept. 2, he founded Gator Collective. The company acts as a bridge between fans and players, offering interactions from event appearances to social media activity. Fans can subscribe by paying at least $9.99 per month (or $1.99 per week), through the organization’s website.

So far, Rojas said the collective has paid out over $1.2 million to Gator athletes.

In addition, the organization has sponsored about 100 athletes. Football player Justin Shorter and gymnast Savannah Schoenherr are among Gator Collective athletes who say they are navigating NIL while balancing peak athletic performance.

Rojas said he wanted a transparent relationship with UF from the start. So, he talked to Steve McClain, the university’s senior associate athletics director. The conversation paved the way for an open-door policy between the university and Gator Collective. (Nowadays, Gator Collective officially sponsors Florida Athletics.)

With the football season quickly beginning, Rojas worked with Senior Director of Student-Athlete Development Vernell Brown to get players involved.

When top recruit Payton Kirkland tweeted he was coming to Gainesville, O’Cyrus Torrence told him to talk to him about Gator Collective.

When you’re in town hmu if you want to learn more about The Gator Collective. https://t.co/2bdUJt3pZg

Recruits and their parents consistently talk to Rojas. They see NIL money as a huge reason to commit to a school.

So, if fans love Gator football, basketball, gymnastics or softball and want to win championships, Rojas said, UF needs to become “NIL U.”

Fans love to trash talk rivals. Now, Rojas said, they can put their money where their mouth is and out-donate Alabama and Georgia supporters.

By paying the minimum subscriber fee, fans get access to athletes in various ways. Athlete opportunities include:

Had a great time at the Relationship Ribs with The Gator Collective! Little man said “it was his best day ever” thanks @GatorCollective if you have not joined…just do it! pic.twitter.com/swMBA13toQ

Rojas said fans tell him that meeting the athletes makes their Saturdays in The Swamp even more special.

How does Gator Collective pay Athletes?

The way athletes get paid varies. Some are on five-month legacy contracts. They receive a defined amount of money and participate in Gator Collective appearances weekly.

Others are not on a long-term contract.

Take gymnast Savannah Schoenherr. She said she joined Gator Collective after it Direct Messaged her. Now, the three-time All-American gets paid per appearance. The organization reaches out to her with opportunities she can accept or decline.

Schoenherr said she likes being part of Gator Collective without committing to a long-term contract.

Football players account for over 90% of Gator Collective athletes, Rojas said. He dreams of taking care of all student-athletes at UF (548, to be exact).

However, Rojas said the needle starts with football. From pizzerias to merchandise sellers, everyone makes more money when football wins. Hence, other sports can get more funding, too.

It’s the biggest moneymaker we have. And honestly, if football does well, it pays for everything else.

“If you’re a Gator fan but not a Gator Collective member, you need to sign up today.” — @GVOaant

The Gator Collective website states that 85-90% of pledges go to athletes.

Rojas said since Gator Collective has not made a profit yet, that stat is misleading. Considering his $200,000 investment, he argued Gator Collective is paying athletes 200% of the income the site has generated.

“It’s been a whirlwind, it feels I feel like I’ve been doing this eight years. And it’s been like eight months, because it’s been like so much work in such a short time. And we’re in the beginning stage. So this is the hardest moment.”

One struggle Rojas faces is people not understanding that it’s legal to pay players now. As awareness increases though, he said more big boosters are starting to get involved.

He’s also eager to get more students to subscribe. Gator Collective recently extended a challenge with the fraternities to see who can gather the most subscribers– the winner gets a private tour of the new football facility.

Aside from the obvious financial benefits of Gator Collective, Rojas said athletes have the opportunity to network with successful alumni.

For example, he learned that cornerback Devin Moore wants to go into finance. Now, Rojas will help him pursue it.

A Closer Look at NIL in Gymnastics

For many gymnasts, no longer having to contemplate monetizing themselves as Elite gymnasts while trying to make the Olympics is a huge win. They can take sponsorship money at the peak of their international career—but still go on to compete on a college team

Like in any college sport, gymnasts have to balance (no pun intended) NIL with school and sport.

For UF gymnasts, that meant managing deals while contending at the NCAA Championships, where they placed second.

Florida head coach Jenny Rowland said she loves seeing her athletes benefit from NIL. She doesn’t monitor their deals and does not interfere.

At the same time, she warned them to be mindful during the postseason.

We talk about as a team that hey, end of season, postseason, maybe it’s time just to be a little bit more mindful of taking care of themselves. If that means putting down social media, if that means, stepping away from NIL opportunities at this time being, just for a short time, then that’s good. Some may benefit from it, some may not.

Schoenherr sees the increased attention as an opportunity to profit more.  She said that for her, NIL is more time-consuming than it is a distraction.

Rojas said other collectives are calling him for advice. He doesn’t give away his secrets.

The CEO wants to lead a long-term successful business that doles out $20 million a year to UF athletes, with investing stakeholders making decisions. Some may find the number high, but Rojas dreams of the 90,000 fans in the stands all contributing to a Gator victory.

The NIL arms race will continue and the initial results will likely show in recruiting rankings. The rings will come later.