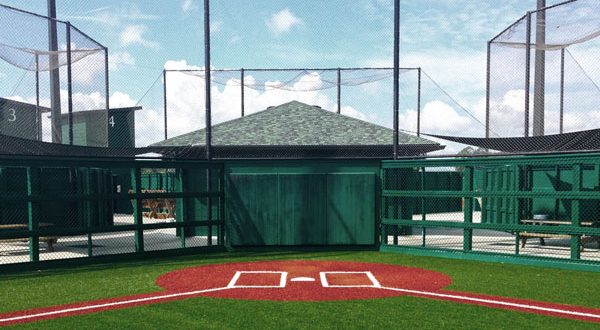 The tournaments in Newberry first started last year. Programs from all over the country come in to show off the talent and prove themselves on a national level. The events average around 100 teams each and comprise of 14U, 16U and 18U programs.

The tournaments are also a good way for college coaches to recruit for their programs. Scouts from D1, D2, D3, NAIA and State College programs will be in attendance. It is no coincidence, then, why the events are held after the Women’s College World Series.

RADDSports President and CEO Richard Blalock discussed the importance of the tournament when it comes to college recruitment.

The first event, the Premier Girls Fastpitch Show Me the Money tournament, starts Thursday, June 9 and runs through Sunday, June 12. It will feature some of the top competition out of all the events.

From June 24 to June 26, the Backwards K tournament will be played, followed by the Premier Girls Fastpitch Battle Of The Diamonds from July 8th to July 10th, the ProSwing Power 50 Invitational from July 15 to the 18 and the Backwards K Showcase from July 22 to the 24.

Participants of these events will even get a chance at a taste of the college softball experience. Championships for the tournaments will be played on the University of Florida campus at Katie Seashole Pressly Softball Stadium

The events in Newberry will also feature exposure camps. These camps will split up athletes by position, and it will be a good way for college scouts and coaches to find athletes for their programs based on positional needs.

Top Premier Girls Fastpitch teams from all over the country participate in the Newberry Events, with some elite 18U teams carrying the University of Florida Commits.

The Tampa Mustangs, for example, are a top team entering the PGF Show Me the Money tournament. They have a plethora of college commits on their roster, including a 2023 Florida Gator commit, outfielder Cassidy McLellan.

Some teams who are coming into Newberry also have a history of developing Gator commits. The Atlanta Vipers are also participating in the Show Me the Money Tournament. Current Gators Emily Wilkie and Haley Pittman both came out of the program.

Economic Impact on the Community

Not only will the events at Champions Park have a huge impact on the athletes and schools involved, but itwill also have a big impact on the local economy. Almost all hotel rooms are booked, forcing some events to cap off how many teams can participate.

Overall, the softball tournaments at Champions Park will give us a good look at what the future of the NCAA holds. Many athletes could become college stars and could possibly be part of a future Gators’ roster.