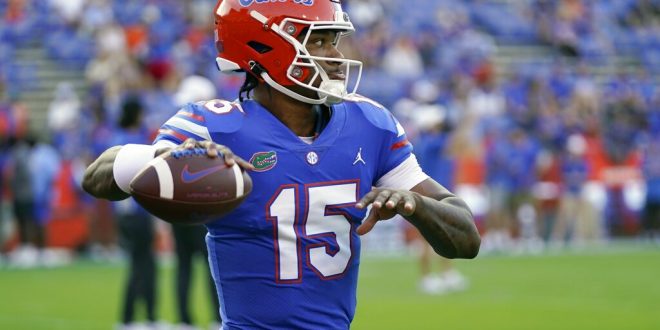 Despite Florida beating the University of South Florida 31-28 on Saturday to move to 2-1, Richardson completed only 10 of his 18 passes for 112 yards and ran the ball seven times for 24 yards.

However, head coach Billy Napier has told Richardson to try and play a little safer after his injury history especially without backup quarterback Jack Miller.

This season, a large part of the Gators’ offense has been from the run game. The Gators have had a different leading rusher through the first three games. After Richardson ran for 106 yards in the win over Utah, Trevor Etienne led the team in yards against Kentucky.

Montrell Johnson Jr. carried the balls six times for 103 yards to lead the team against USF. While Florida was without right tackle Michael Tarquin against the Bulls, the Gators still ran for 217 yards.

This will be the first time Richardson has faced Tennessee after missing last year’s game with an injury. Kickoff for this SEC matchup will be on Saturday, Sept. 24, at 3:30 p.m. in Knoxville.