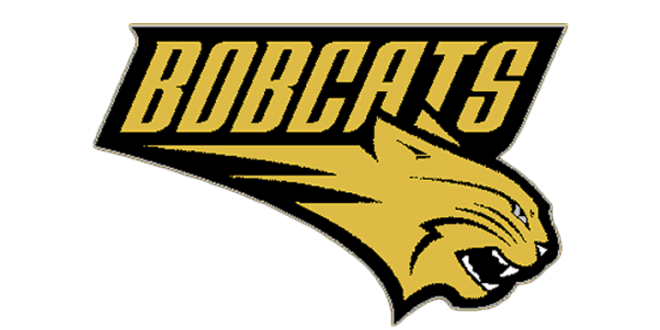 The fans were excited and the energy was high as rivals Buchholz High School and Gainesville High School were about to go head-to-head. The Buchholz Bobcats were determined to remain undefeated, while the Gainesville Hurricanes were looking to secure their first win of the season. Buchholz’s drive and motivation got them another win, with a final score of 49-0.

Buchholz came in with intensity and a readiness to dominate. Gainesville had the first possession of the game, but Buchholz defensive end Thomas Weinhardt quickly sacked Gainesville’s quarterback Tommy Coyne and forced a fumble, and Buchholz recovered the ball. Buchholz quarterback Creed Whittemore came up big with a 32-yard run to bring the Bobcats to the 3-yard line. Whittemore had a rushing touchdown into the end zone to put the Bobcats on the board. The Bobcats took an early 7-0 lead with 10:43 remaining in the first quarter. This first touchdown set the tone of the game. Buchholz continued to dominate on both ends.

The Hurricanes struggled to advance down the field as they were met with a three and out on their next possession. As the first quarter progressed, the chemistry and togetherness Buchholz encompassed was evident. Big runs from running back Quinton Cutler and quarterback Creed Whittemore allowed the Bobcats to advance down the field. Whittemore’s confidence shined as he ran the ball into the end zone for the second time of the night. The Bobcats lead 14-0 with 5:46 left to go in the first. Despite their efforts, Gainesville continued to come up short. Buchholz was looking to stretch their lead as the clock was winding down in the first quarter. Whittemore launched a beautiful 48-yard pass to Jaren Hamilton for another Bobcat touchdown. With strategic plays and great levels of focus, the Bobcats secured three touchdowns to close out the first quarter.

Although they did not see success in the first quarter, the Gainesville Hurricanes maintained an eagerness to get on the board. However, the Hurricanes were simply no match for the Bobcats. Gainesville’s quarterback quickly threw a pick-six, which was intercepted and taken to the end zone by Kendall Jackson, resulting in a 28-0 lead. On their next opportunity, Gainesville had multiple incomplete passes in a row and threw away another chance at putting up some points. On the other hand, Whittemore continued to demonstrate consistency as he launched multiple complete passes to teammates James Williams, Jordan Richardson and finally a 20-yard pass to Quinton Cutler for their fifth touchdown of the game with 8:26 remaining in the quarter.

The Hurricanes could not find a way to convert. Buchholz then made the decision to sit out QB Creed Whittemore and put in their backup quarterback Collins Dunmore. Big runs by Dunmore, Richardson and by Dunmore again, resulted in another touchdown for the Bobcats. Buchholz continued to penetrate the Hurricane defense and dominate on the offensive end. By halftime, the Bobcats doubled their lead from the first quarter with a score of 42-0.

The Bobcats extend their lead to 21-0 on a gorgeous 48 yard pass from Creed Whittemore to Jaren Hamilton. pic.twitter.com/ql22baoNnt

Buchholz starts off the third with third-string quarterback Trace Johnson. The Bobcats then switched from their third-string QB to their fourth-string QB and back to their third-string throughout the third quarter. Buchholz did not look as strong as they did in the previous two quarters, but the intensity still remained. Unfortunately, Trace Johnson fumbled the ball on a possession in the third, and Gainesville’s Derrick Bloodsworth recovered the ball; however, the Hurricanes still failed to see the scoreboard. With some back and forth between the Bobcats and the Hurricanes, neither team was able to score in the third quarter.

In the fourth quarter, Gainesville’s inability to rebuild resulted in another fumble. Later on, in the fourth quarter, Trace Johnson re-entered the game and was looking to extend the lead. Being at the 11-yard line, the Bobcats were in a great position to score after a dry third quarter. Johnson threw a great pass into the end zone, which was caught by wide receiver Justin Williams. The PAT was good, and the score was 49-0 with a little over five minutes to go. Both Buchholz’s offensive and defensive lines were shining in tonight’s game.

Buchholz strikes late in the fourth and throws six up on the board. Freshman QB Trace Johnson finds WR Justin Williams in the back right corner of the end zone. Buchholz pushes their lead to 49-0. pic.twitter.com/Otg7uydgQ4

Whittemore’s leadership each week serves as an important part of the Bobcats’ success. Nate Bilgoray interviewed coach Mark Whittemore and here is what he had to say about the role that quarterback Creed Whittemore plays on their team.

The Buchholz Bobcats are now 5-0 and play their next game on October 14 against Oakleaf High School.

Rachel Rosen is a sophomore at the University of Florida studying journalism with a specialization in sports and media.
Previous Trey Freeman and his UF Swimming Career
Next Yankees and Guardians Faceoff in ALDS