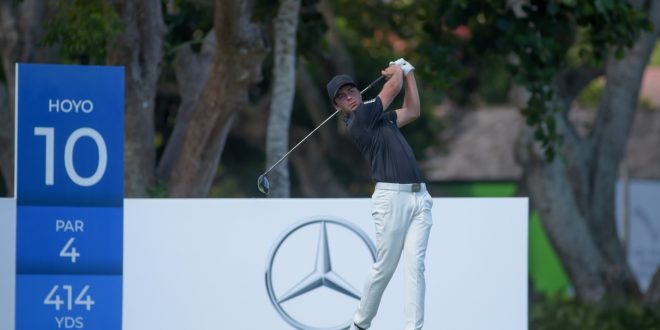 Fred Biondi’s golf career started with once-a-week practice and a passion to get better. Now, he enters the 2022-23 season as the best D1 golfer in the nation in the PGA TOUR University Velocity Global Ranking.

Originally from São Paulo, Brazil, Biondi studied abroad at Morningside Academy in Port St. Lucie, Florida, at the age of 15. 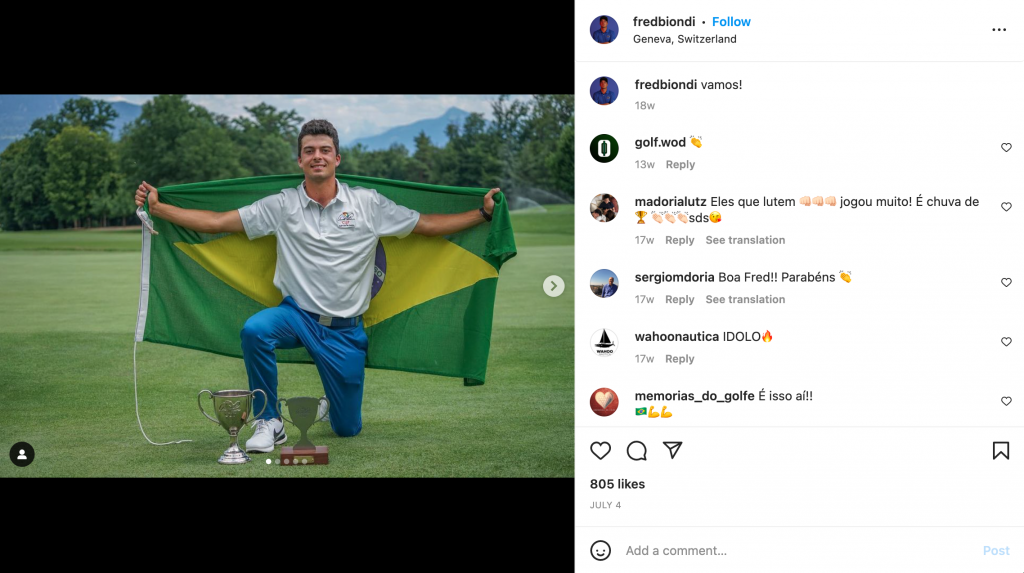 Biondi intended to stay in Florida for only six months, but, once there, he realized the potential of his career if he chose to stay in the U.S.

“If I stayed in Brazil, I probably wouldn’t be playing golf right now,” Biondi said. “Mainly because golf is not a part of the culture and not something people really do. I played way more soccer than I did golf growing up.”

Biondi described the golf scene in Brazil as something that is unfrequented and inaccessible.

Prodigy on the Rise

Although hesitant, Biondi’s parents let the 15-year-old stay in the U.S. to pursue his dreams of playing golf at the elite level with just one condition, that he does well.

Biondi had no problem with that. He won several tournaments at the end of his first year, and universities all over the nation recruited him.

At the time of his signing, Biondi was the second-ranked amateur in Brazil, the back-to-back Florida Junior state champion, the 2016 Florida Junior Player of the Year and the Rolex Junior All-American honorable mention, according to TCPalm.

So, Biondi’s parents allowed him to stay in the U.S., and, in hopes to keep their family together, they started visiting often for long periods of time.

Life as a Gator Athlete

Biondi chose to call the University of Florida home for his next four years because he connected well with the coaching staff and the players.

“It felt like home,” Biondi said. “It felt like a place where I could get better as a player and as a person. The culture was a little more similar to how it is in Brazil.”

Biondi’s career at Florida took off in his junior year. The international student-athlete went undefeated in match play at the SEC Championship, placed T20 at the National Championships and managed to make it on the SEC Academic Honor Roll all three years.

Biondi qualified for his first U.S. Open after posting 3-under-par 139 at The Club at Admiral’s Cove in Jupiter, Florida. The Brazil native also finished as runner-up in the 2022 Latin America Amateur Championship held in the Dominican Republic.

Staying True to his Roots

Although these are some of the most prestigious tournaments in the world, Biondi said he has not let the publicity change who he is.

“It’s really fun to share your story and tell people who you are,” Biondi said. “But I always try and keep it pretty humble and keep being myself.”

Off the course, Biondi has also made good friends on the Gators’ golf team, including fellow international teammate and sophomore-year roommate, Quentin Debove.

“Having your parents be over 4,000 miles away from you definitely makes us stand pretty close together,” the French native said.

Debove had little to no English-speaking skills when he first came to Florida. He said that Biondi helped him learn to communicate because of his exposure to English at Morningside Academy.

Although Biondi is 4,371 miles away from his hometown in São Paulo, he still manages to make his culture a part of his daily life.

“I’m very close with my family,” Biondi said. “I’m always speaking Portuguese every day with them.”

Biondi also travels home to Brazil frequently—a couple of weeks in the summer and over winter break for Christmas— to visit his extended family and friends.

Now a senior, Biondi is focused on improvement. Even though he has already won many titles individually, he says the team is focused on winning together this year.

Last year, the Florida Men’s Golf team fell short to Vanderbilt in the SEC Championship. This year the team hopes to bring home the title for the first time since 2010.