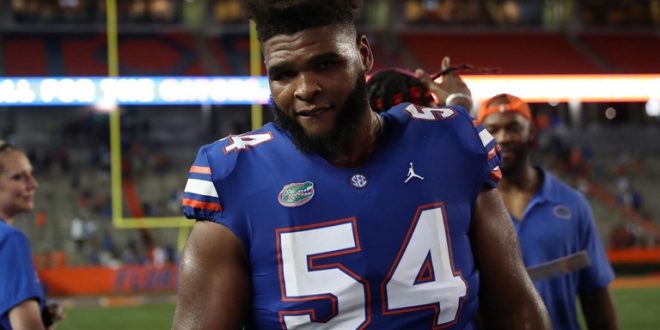 The 2022 All-SEC Football Teams were announced Tuesday as Florida guard O’Cyrus Torrence earned first-team honors. The junior Louisiana transfer — who officially declared for the 2023 NFL Draft Sunday — was the only the Gator to make either the first or second team.

Torrence for the Gators

If O'Cyrus Torrence opts out of the bowl game (which is expected), he will finish his entire 4-year college career not giving up a single sack with only 24 quarterback hurries. Insane statistics for an offensive lineman

Though his status for the Las Vegas Bowl on Dec. 17 remains unclear, Torrence accepted his invitation to play in the 2023 Reese’s Senior Bowl in Mobile, Alabama.

Florida, Kentucky and Vanderbilt were the only teams with fewer than two representatives on either all-conference team. Alabama and Georgia led the conference with five All-SEC First Team selections each followed by Tennessee (4).

The SEC will announce its individual award winners Wednesday before the conference reveals its All-Freshman Team Thursday. After recovering from a bicep tear that sidelined him for most of the 2021 season, Florida linebacker Ventrell Miller is a semifinalist for 2022 Comeback Player of the Year.

Hi, my name is Griffin Foll and I am currently a senior at UF studying sports media journalism with a concentration in political science. I contribute weekly web and radio content for WRUF ESPN Gainesville and help cover the World Cup/Champions League soccer beat. Be sure to check out some of my recent articles!
Previous Gators get 2024 five star Lagway
Next Five Euro Countries Left in World Cup; Brazil Takes on Croatia