Only three Gators scored in double figures. Senior forward Erik Murphy lead the team in scoring with 21 points on 8 of 10 shooting from the floor. He went 2 for 3 from the three point line while adding seven rebounds, four assists, three blocks and one steal earning him the game’s most valuable player.

Senior guard Kenny Boynton followed with 14 points for the Gators. He shot 40 percent from the floor and 3 of 7 from behind the arc. Boynton also recorded four rebounds and three assists in 36 minutes.  Junior center Patric Young dropped 13 points and went 6 of 9 from the field.

Air Force shot 40 percent from the floor, making 19 out of their 47 attempts. The Falcons shot the ball better from the three point line, going 45 percent, but like the Gators, struggled at the free throw line just making 14 out of a possible 22.

Senior guards Michael Lyons and Kyle Green lead Air Force in scoring with 11 points. Lyons had a tough night shooting, going 3 for 11 from the floor and 2 of 5 from deep. The Falcons also had only three players score in double figures. Senior center Taylor Broekhuis was able to score ten points and shoot 3 of 6 from the field.

The Gators next game will be against Yale on Sunday, January 6th at 5:30 p.m in New Haven, Connecticut. 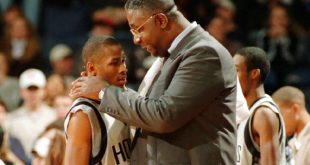 Being named Kyle is all the rage for the fifth-ranked Florida Gators. Quarterback Kyle Trask …