In a press conference delayed due to the Boston Marathon bombing SEC commissioner Mike Slive finally pulled the cover off of the most thinly veiled secret in college sports. What was once “Project X” is now formally the “SEC ESPN Network” or “SEC Network” for short.

Full video of the press conference can be found here.

The full press release from ESPN can be found here.

The highlights of a released SEC Network FAQ page include:

When will the SEC Network launch? The Network will launch in August 2014.

Will the SEC Network be 24 hours a day, seven days a week? The SEC Network will have 24/7 programming; it’s a dedicated channel for all things SEC.

How will this impact my cable bill? ESPN negotiates for license fee payments from its distributors and has no control over retail pricing.  Retail prices are determined by each distributor.

The complete FAQ page can be found here .

When the network launches, as of now the only distributor signed up to carry it is At&T U-verse. To request the network on another cable provider the SEC has set up the website getsecnetwork.com to petition.

SEC commissioner Mike Slive addressed the media about multiple particulars for the SEC Network, one of which was not saying an official monetary figure:

Football drives the bus in college athletics, the SEC Network will have more than its fair share of games on air:

The bevy of college football games does not mean they will be on a different day, Slive says the conference will stick to tradition in that respect:

While the SEC Network is very much embedded with ESPN, (even more so now that the network has been announced) television partner CBS will still have primary rights to the marquee game in SEC football every week:

Aside from the new network, Slive also hinted at expanding the SEC football schedule from eight games to nine, a discussion he says will be held in the near future:

Slive also talked about where the new network will be based: 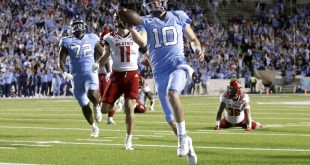