The incident occurred after a tackling drill turned into a brief “brawl” between the wide receivers and the defensive backs. Hargreaves came out of the group of players limping and was helped off  by two trainers. The trainers iced and taped up his left knee and players checked in on him before he was carted off the practice field of Donald R. Dizney Lacrosse Stadium.

The extent of the injury is unknown at this time, but later reports said Gator head coach Will Muschamp believes the injury is a bone bruise and the status of Hargreaves is day to day.  There could be an update on his condition on Friday.

The practice Friday showed off the skill of starting quarterback Jeff Driskel who looked sharp during drills and seemed to show a nice command of new offensive coordinator Kurt Roper’s offense.

Muschamp wants to find a number two quarterback that will play in Florida’s season opener against Idaho but after the performance of the rest of the quarterbacks on Thursday it didn’t seem one of them took firm control of that spot.

The competition there will continue at Florida’s second open practice, scheduled for Friday night at 7:30 p.m. at Dizney Lacrosse Stadium.

Here’s a gallery from the Gators first open practice: 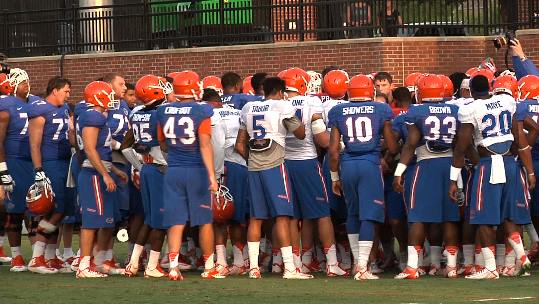 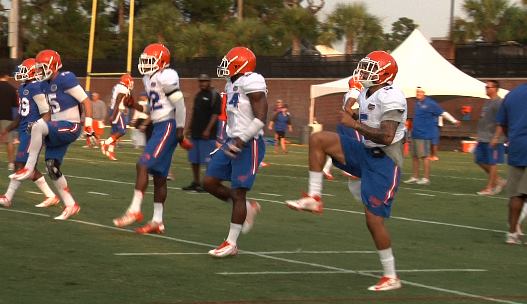 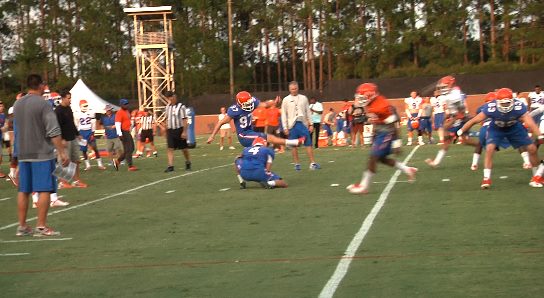 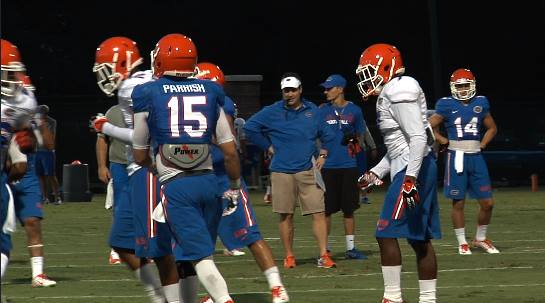 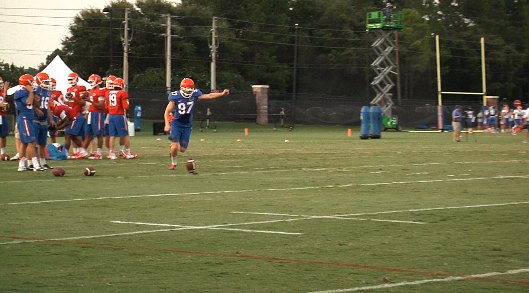 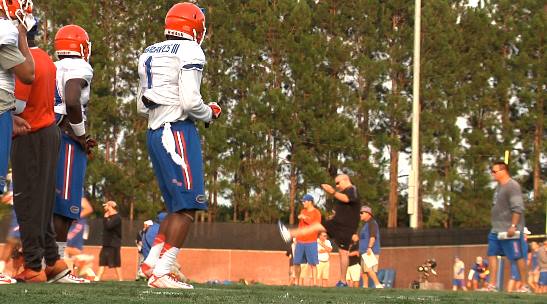 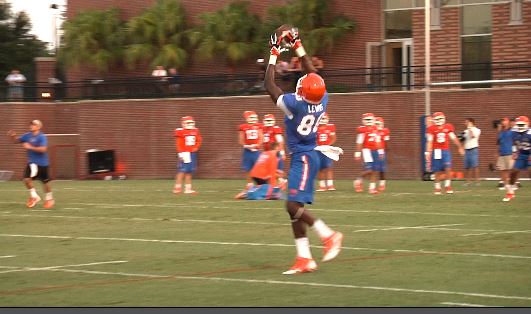 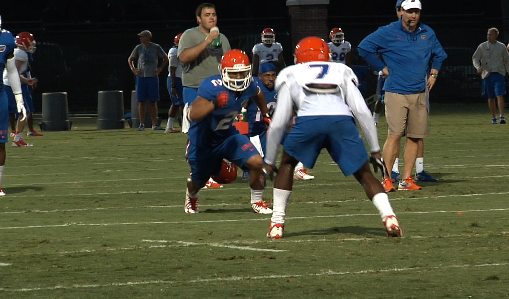 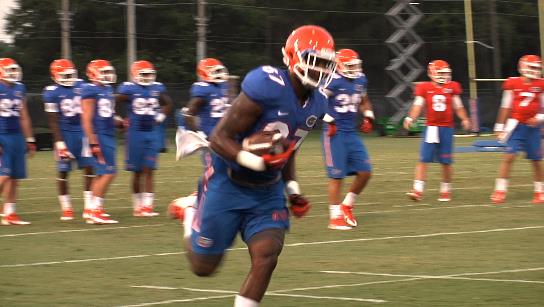 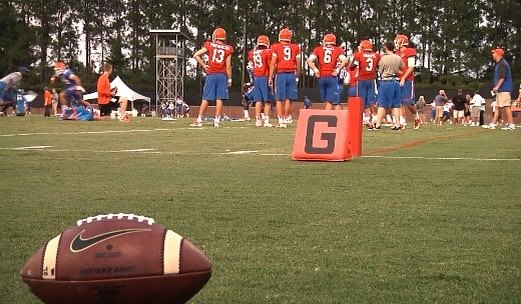 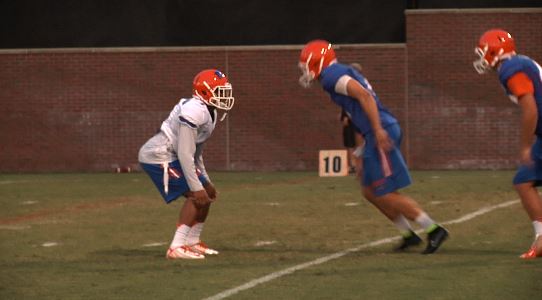 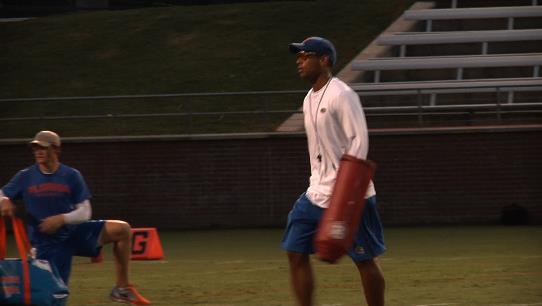 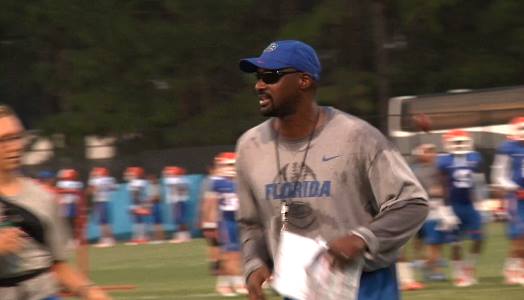 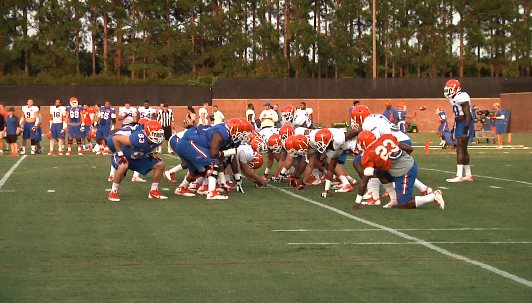 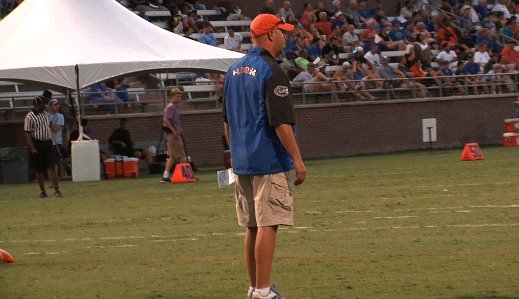 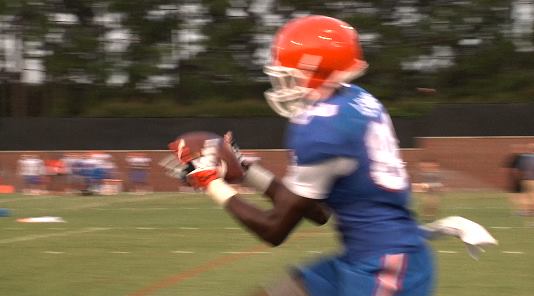 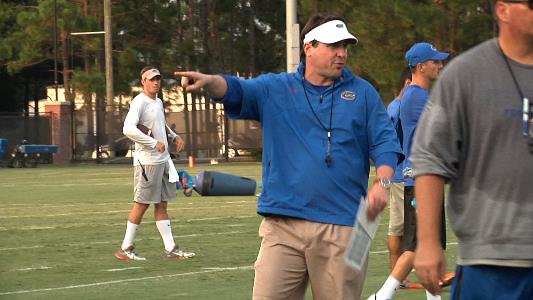 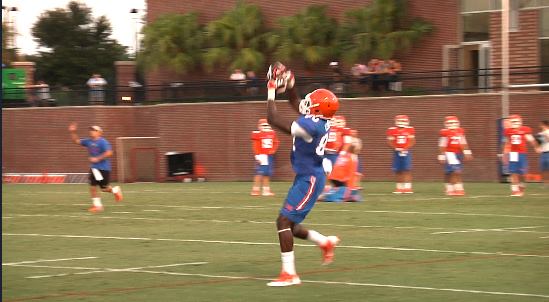 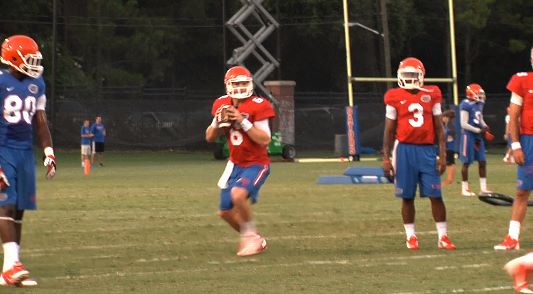 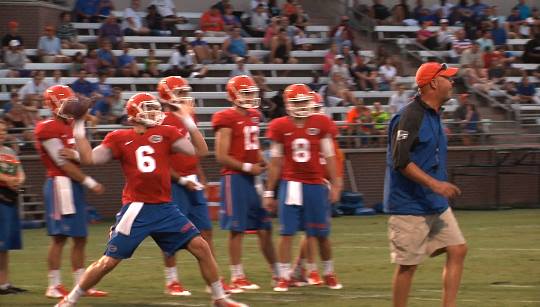 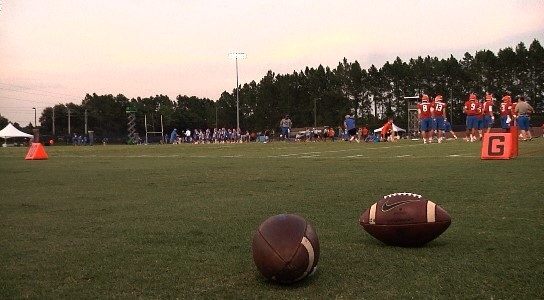