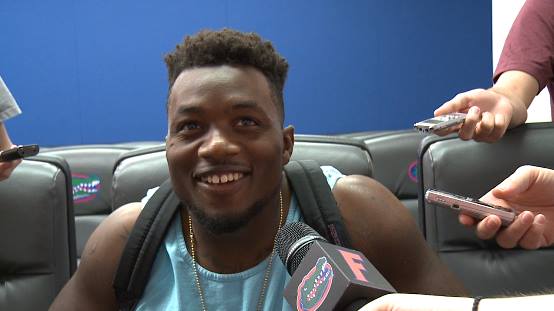 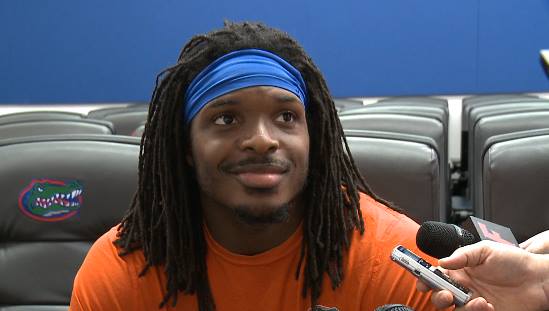 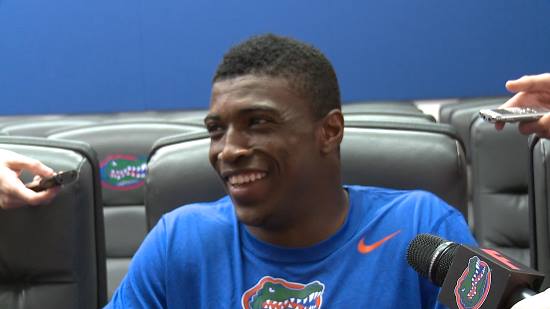 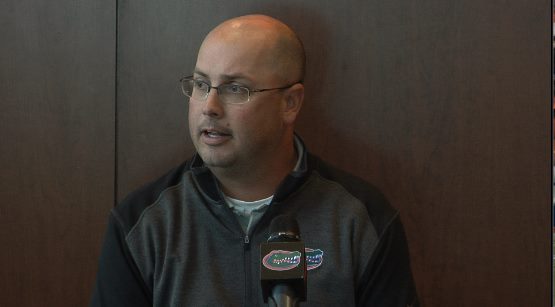 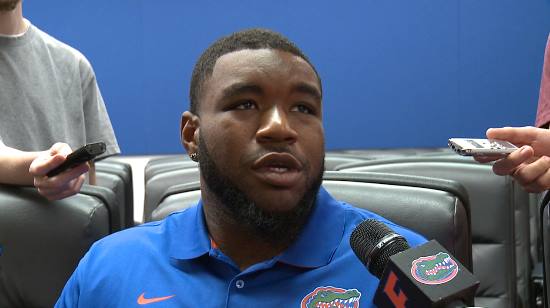 The Florida Gator football team returns to the gridiron this weekend when they travel to Jacksonville to take on SEC East rival Georgia. The Gators have lost the last three match ups against the ninth ranked Bulldogs and will be looking to finally redeem themselves on Saturday. Gator offensive coordinator Kurt Roper and a few of the players discussed the team’s status heading into the annual rivalry game.

During Florida’s bye week, head coach Will Muschamp named true freshman Treon Harris the starter at quarterback for the contest, replacing fourth-year junior Jeff Driskel. The Miami native from Booker T. Washington is 12-of-18 for 263 yards, three touchdowns and one interception. Roper elaborated on Harris’s play making ability and how he has prepped for his first career start.

“I think he’s worked really hard,” Roper emphasized. “He’s got a really good understanding for what our base is and what I’ve been saying all along. I think he’s got a good grasp for our overall scheme. He makes things happen on the practice field that aren’t necessarily designed and maybe outside the design. It’s no different than some of the plays in the game the other night. One of the first moving pocket passes we call, they brought pressure on the edge and he made a guy miss and made a play.”

“You’re hoping it doesn’t have to come to that necessarily on that call, but he was still able to make some plays. That’s what we’re going to have to have happen on Saturday — him make some plays.”

Roper added that the Gators turned the ball over six times in their loss to the Missouri Tigers and 15 times in the last four games, fortunately; the open date gave the offense extra time to work on ball security and improving the passing game.

“Right now, our biggest problem is turnovers. Sometimes it’s a different theme, week-to-week. We obviously haven’t been as good in the passing game all season long. But, specifically, in the last game, it’s turning the football over. If you look at it, it’s kind of the trend. We were good in the first game, second game we were pretty good in, I think we had one. It’s been a theme of three until we doubled the three. We’re an offense that has to take care of the football better right now. It’s the primary goal going into this next opportunity.”

Despite a lot of offensive struggles this season, the Gators know how critical this game is for the Florida program and the overall message this week is crystal clear – the squad is desperate for a win.

“Everybody has dreamed of playing in this game and seeing themselves in this game,” junior defensive lineman Dante Fowler Jr. said. “We’re just ready to get back on the field. We want to play for Gator Nation, and our goal is to win. Sometimes it can be really hard but we just have to stick together and stay together like we always have and just really appreciate the times and the moments that we have together right now.”

“We need a win so bad and we want a win,’’ redshirt senior linebacker Neiron Ball emphasized. “We’re playing for the program. Our program is better than we’ve shown.”

But even more importantly, the team knows they may be fighting for more than a win against an SEC foe…

“Sometimes he calls me randomly just to tell me he loves me. You can talk to him as a coach, as a person, even as a father.”

Roper on Harris being a playmaker

What this matchup means to Fowler