Gator Football Gearing Up For SEC Finale Against South Carolina 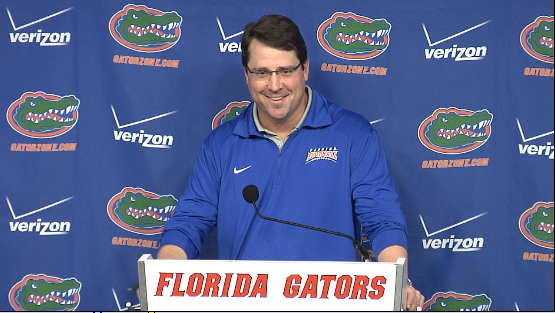 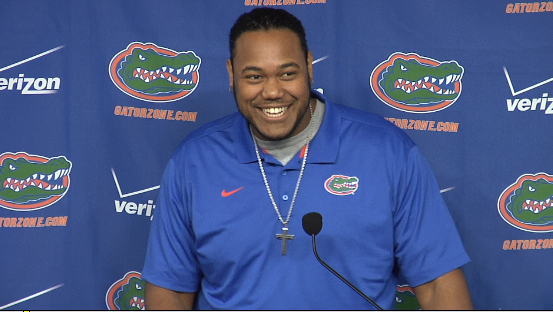 The Florida Gator (5-3, 4-3 SEC) football team is riding a two-game SEC winning streak and looksto make it three in a row this weekend when they host South Carolina (4-5, 2-5 SEC). The Gamecocks are coming off a bye week, but before it, they blew a fourth quarter lead to Tennessee, who went on to win 45-42 in overtime. Despite South Carolina’s fourth quarter debacles this season, Florida head coach Will Muschamp can see why they’re ranked second in the SEC in passing offense.

“Offensively, they’ve been outstanding this year. They’re the best offense we’ve faced in my opinion to date this season. Dylan Thompson is playing very well. He has 22 touchdown passes. Really throwing the ball well. They’re a talented group outside. They’ve got Pharoh Cooper who does it all. He lines up and plays wildcat, quarterback, speed sweeps. They run it with him or they throw it to him. He is a talented football player.”

In the last two games, the Gator offense has produced over 420 total yards and Muschamp hopes to continue that trend this weekend.

“We’re getting there. Gotta continue to run it well to develop some other things in the passing game. Whenever you put it on tape, not just to throw it deep, but to complete it deep. As a defensive coach, you’re saying ‘ok these guys are willing to do what they need to do.’ There was no question Vanderbilt was bound and determined to make us throw the football. We saw that early in the game and knew we were going to have some opportunities to take some shots.”

Meanwhile, injury wise, Florida’s offensive linemen were banged up during the Vanderbilt game, but Muschamp expects to get most of them back.

“Keanu Neal, hoping to get him out there maybe Wednesday. Looks to be doubtful at this time. Trenton Brown, not ruling him out at all, hopefully Wednesday to get him back on the field. Tyler Moore had an ankle, he should be fine. Chaz Green had a sprained knee, he should be fine. Jeremi Powell sprained his knee that he had surgery on. He may be doubtful for this game as far as being a special teams contributor for us. And Gerald Willis, we will try to get out and move around today, but I expect him to play this Saturday.”

The last two games in The Swamp have not been pretty for the home team. The last one being a blowout win by Missouri 42-13. UF hasn’t won a home game since Sep. 13 when they beat Kentucky 36-30 in a triple overtime thriller.

“Our fans do deserve something to cheer for at The Swamp,” center Max Garcia said. “We gotta defend it. The Swamp is a place where other teams should fear coming into. Gators only get out alive. We gotta make that happen again.”

Florida will need a victory on Saturday to even have a slim shot at the SEC East title. Even if the Gators get the W, they still need Missouri to lose to Tennessee and Texas A&M or Arkansas. In addition, they need Auburn to beat Georgia this weekend as well.

Kickoff for the Gators SEC finale against the Gamecocks is set for noon on Saturday, with pregame coverage beginning at 8 a.m. on ESPN 850 WRUF.

Muschamp on improving in the passing game

Garcia on giving the fans something to cheer about