From Southern California to Tampa Bay

Tampa Bay Buccaneer defensive back Alterraun Verner is quickly establishing himself as one of the most elite corners in the NFL.

Verner started playing football at a young age thanks to some help.

“My Dad just signed me up for a lot of sports and football was one of them and that’s basically how I started liking the game and then continued to pursue it.”

Verner had a lot of success playing the game growing up including four impressive years in high school that led to him being listed as the 36th best cornerback prospect by CBSSports.com. UCLA, Oregon, and Washington were among some of the schools that recruited Verner. Growing up in Orange, California he was a huge UCLA fan, so when he was offered a scholarship it was an easy decision.

“I’ve always dreamed about going there so basically once they gave me a scholarship offer it was already a done deal. That’s where I wanted to go.”

Alterraun Verner’s presence on the field for UCLA was noticed immediately during his freshman season. He finished fourth on the team in tackles and third in interceptions for the Bruins. Verner was named First-Team Freshman All-American by College Football News and was Pac-10 Co-Freshman of the Year alongside Jairus Byrd and Taylor Mays.

Verner continued his success until his senior season where he was named First-Team All-American, First-Team All Pac-10, and one of 12 finalists for the Jim Thorpe Award recognizing him as one of college football’s best defensive backs.

In the 2010 NFL draft the Tennessee Titans selected Verner in the fourth round making him the 18th cornerback taken. Alterraun says he wanted to contribute any way he could his rookie season.

“My goal was to make the team and just to contribute as much as I could. My mindset going in was I was going to be a special teams guy and then some type of role on defense being the dime or nickel and then gradually proving myself.”

Verner played four years in Tennessee with last season being his most successful. Besides leading the league in pass deflections, Alterraun made his first Pro-Bowl and was voted Second-Team All-Pro making him one of the top corners in the league.

Verner says since he has had this success that he expects nothing less from himself.

“I can’t use the excuse I haven’t done it before. You never want to regress or you never want to go backwards, once you hit that plateau and accomplish those things you kind of get greedy and want to have it all the time because that’s the standard you set yourself now.”

Going into the 2014 off-season Verner was regarded as one of the top free agents and on the first day of free agency he signed a four-year $26.5 million dollar deal with the Buccaneers. Verner’s versatile talent adds to a defense that already has the likes of Gerald McCoy and LaVonte David making this Bucs defense loaded with skill. 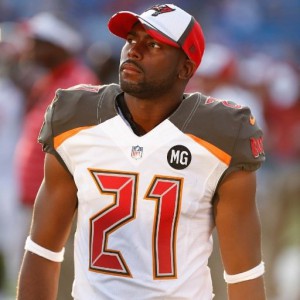 Im a senior at the University of Florida currently pursuing a degree in Telecommunications. I work for ESPN Gainesville 95.3 and anchor the Monday sports broadcast for WUFT First At Five. Im from New York and an avid sports fan of all New York teams.
Previous UF QB Harris Cited By University Police
Next Monday Sports Update (12/22)