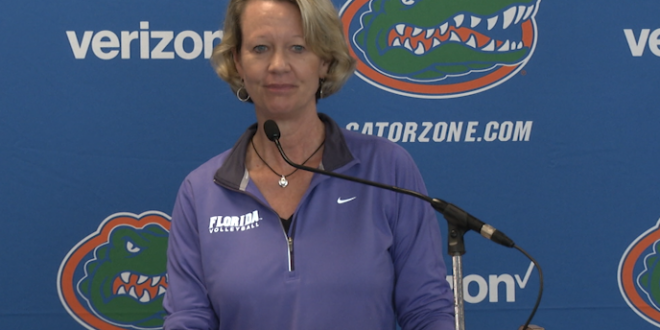 The Florida volleyball team is now 1-3 in SEC play after losing at Arkansas on Sunday. The match went to five sets. Arkansas took the first set of the game 25-23, but the Gators would turn it around in the second set winning 25-15. Arkansas once cialis daily dosage again took another set in the third, 25-19. Florida won the fourth set 25-18, but Arkansas would claim the win in the fifth, 18-16. The Gators are now 9-4 overall. Florida coach Mary Wise says Arkansas’ ability to score “big” points gave them the win. “If it canadian pharmacy online had been a boxing match we would have won by decision. Unfortunately, it’s by points and Arkansas won the big points when it mattered.” With the win, Arkansas has now won five matches in a row, including four matches being won in the fifth set. Wise credits the Razorbacks for their ability to be clutch in these wins. “[They] played so well just to win the big points and credit Arkansas…they won five straight and four of those last five have come in fifth sets.” During the match, Florida starting setter Mackenzie Dagostino sustained a concussion causing her to leave the game. Abby Detering took over in the third set and had a career high 30 assists by the end of the match. Wise says exceptional individual performances like Detering’s matter just as much as a win itself. “Abby Detering did a terrific job. She’s never been on the floor in a fifth set and viagra prices I think the third set is when we realized Mackenzie was not capable of playing anymore.” Florida tries to get back on the winning track Friday as it welcomes the Texas A&M Aggies into the O’Dome at 7:00 PM. Live coverage starts at 6:50 PM on ESPN Gainesville 95.3 FM. To hear audio from the story, listen here: Wise says how much does cialis cost without insurance Arkansas won big points Wise talks about Arkansas winning 5th sets Wise talks about Detering