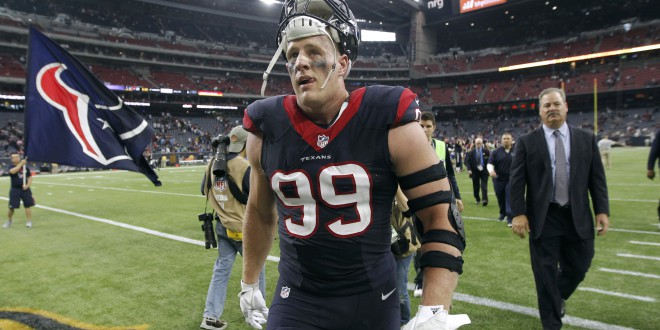 For tonight’s Monday Night Football match up, The Houston Texans travel to take on the undefeated Cincinnati Bengals. The Bengals are off to their best start in franchise history at 8-0.  The Texans are 3-5, coming off a bye week but still with some injured players not being at full strength.

The Bengals recently dominated the Cleveland Browns, winning 31-10.  Andy Dalton, probably having the best season of his career, will be starting at quarterback for Cincinnati tonight. Dalton has completed 70.9 percent of his passes and hasn’t turned the ball over when targeting tight ends this season.

For the Texans to stay competitive tonight, their defense needs to step up, led by last year’s Defensive Player of the Year, JJ. Watt says it’s the Texans defensive responsibility to hold their ground tonight.

The Texans had beaten the Bengals five times in a row until last year, when The Bengals won in Houston 22-13. With a Monday Night Football national audience, The Bengals fight to stay undefeated with the Patriots and the Panthers. Kickoff is set for 8:30 at Paul Brown Stadium. 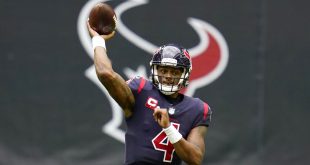 The lawsuit count is up to sixteen today against Deshaun Watson. Yesterday, six consecutive lawsuits …