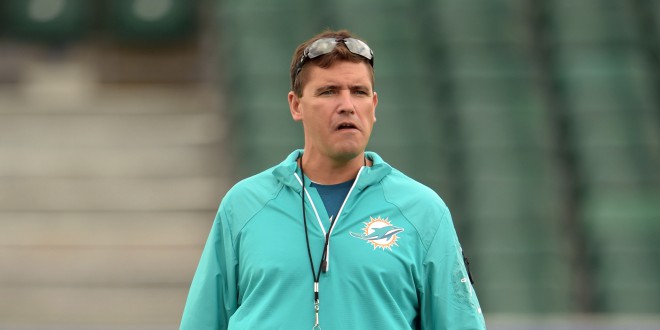 The Miami Dolphins fired offensive coordinator Bill Lazor Monday after the Dolphins’ loss to the New York Jets. The Dolphins offense was scoreless until late in the third quarter on Sunday and posted only 12 rushing yards against the Jets.

The Dolphins announced that Phil McGeoghan will coach the wide receivers and Zac Taylor will call the offensive plays for the rest of the season.

Interim head coach Dan Campbell explains that the performance wasn’t what the team was looking for.

The Dolphin’s pass-to-run ratio against the Jets was 58 to 9. The team was also 4 of 15 in third down conversions. After their loss to the Jets, the Dolphins have now lost 4 of their last 5 games, with their only win against the Eagles by a mere 1 point.

The Dolphins haven’t won a division game in a year and are 0-5 when playing AFC East teams.

The Dolphins welcome the Baltimore Ravens to Sun Life Stadium on Sunday.

It’s been an eventful off-season in the NFL. Just as it appeared the news was …