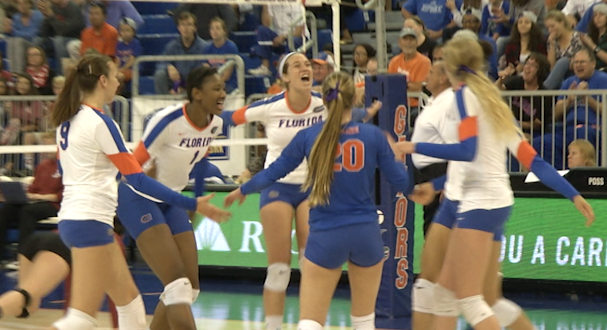 The Florida volleyball team hosts New Hampshire in the Stephen O’Connell Center Thursday for their first round matchup in NCAA tournament play. This will be the first time ever that these two teams will face each other.

The Gators ended their regular season with a record of 22-6 and 13-5 in the SEC. Florida head coach Mary Wise says it’s important to stay focused because they will be facing teams that are on a roll.

New Hampshire enters the tournament as the three-time defending America East champions. The Wildcats finished their season with a record of 21-8 overall and 11-1 in conference play. This will be New Hampshire’s third straight appearance in the tournament and sixth time in program history.

Wise says the team needs to continue to generate offense and let their serve, block, and transition digging help them to succeed.

Tip off on Thursday is set for 7PM. Live coverage of the game can be heard on ESPN Gainesville 95.3 starting at 6:45PM.