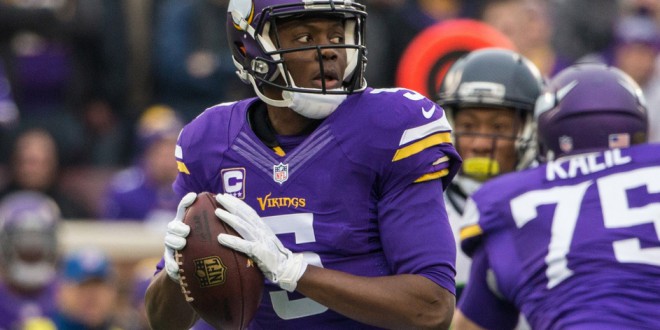 The Seahawks lost their first two games of the season and, after a Week 10 loss to Arizona, dropped to 4-5. Following that loss to the Cardinals, Seattle rebounded to win five straight games and finished the last seven games of the season with a 6-1 record. ESPN NFL analyst Herman Edwards says the Seahawks are very dangerous and their offense is performing very well. The Seahawk offense is fourth in the NFL in yards per game, and their rushing offense has continued to thrive despite losing running back Marshawn Lynch for seven straight games due to an abdomen injury that needed surgery. Seattle rookie running back Thomas Rawls handled the load well enough in Lynch’s absence, leading the Seahawks in rushing with 830 yards and four touchdowns. Unfortunately, the Seahawks lost Rawls for the season due to an ankle injury sustained during Week 14. And, Lynch has been ruled out for this game too, a potentially big loss.

Getting Marshawn Lynch back could be huge for the @Seahawks. He's the NFL's active leader in postseason rushing. pic.twitter.com/YI3UlBP9Di

The Vikings have a strong running game as well with running back Adrian Peterson. Peterson leads the NFL in rushing yards with 1,485 yards this season. However, Peterson missed practice on Thursday with a back injury, but he is still expected to play on Sunday.

For the Vikings, much of the focus for Sunday’s game has to center around stopping Seattle’s offense. In a 38-7 loss to the Seahawks during Week 13, Minnesota’s defense gave up 433 total yards while allowing Seattle quarterback Russell Wilson to throw for three touchdowns and 274 yards.

The Viking offense did not fare much better in that loss, as the Seattle defense held the Minnesota offense to only 125 total yards and running back Adrian Peterson to just 18 yards on eight carries. The Vikings’ struggles could be accounted for the superior play of the Seahawks defense, which has played extremely well this season, allowing only 291.8 yards per game (second in the NFL) and 17.3 points per game (first in the NFL).

The playoff game is expected to be extremely cold, with some forecasts showing the temperature to be around zero degrees Fahrenheit at game time.

The game will kick off from Minneapolis at 1:05 p.m. 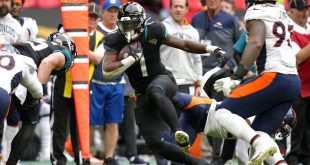 Jaguars Fall to Broncos in London

With the Florida Gators and Georgia Bulldogs taking over TIAA Bank Field on Saturday, the …