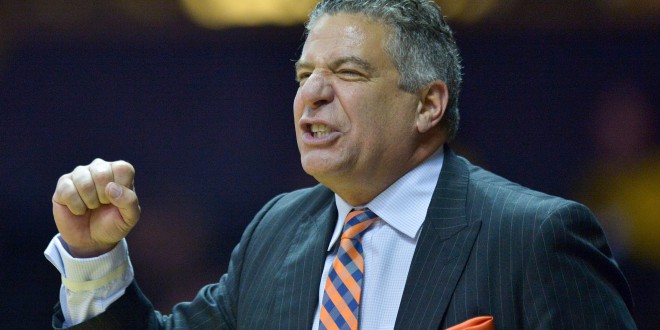 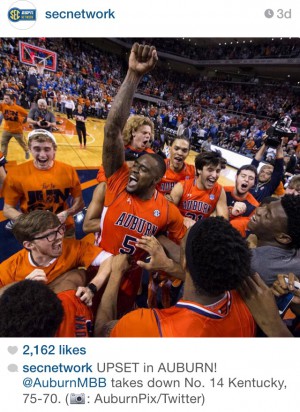 The Auburn Tigers, along with head coach Bruce Pearl, are on a high after beating previously ranked-No.14 Kentucky on Saturday. Prior to this upset, the Tigers had been on a three-game losing streak(all to SEC teams-S. Carolina, Missouri, and Vanderbilt). However, Auburn was able to come out on top of Kentucky Head Coach John Calipari and the Wildcats, increasing their record to 8-8 overall, 2-3 in the SEC.

Alabama on the other hand, is coming off of a loss to Vanderbilt Saturday. Prior to this, Bama had a Thursday-Saturday swing, playing two games(Ole Miss and Kentucky) within 48 hours of each other. Head Coach Avery Johnson and the Crimson Tide are looking for a win tonight to improve their 10-6 record.

Guard Kareem Canty is expected to be a huge playmaker tonight for the Tigers. He had a whopping 26 points and four assists in Auburn’s last game.

Alabama plans to keep the same starting five it had in their victory over South Carolina, a team that Auburn recently lost to. These starters include Arthur Edwards, Retin Obasohan, Riley Norris, Jimmie Taylor, and Michael Kessens; all of who are upperclassmen. These players realize how huge this rivalry is and how important a win will be tonight.

Made a stop by Auburn Arena to get some shots up! #RollTide #BuckleUp pic.twitter.com/SyRgM8sAck

Alabama is already warming up in the Auburn Arena. Tune into the IronBall to watch this rivalry go full throttle! Tip-off is set for 9:00 p.m.