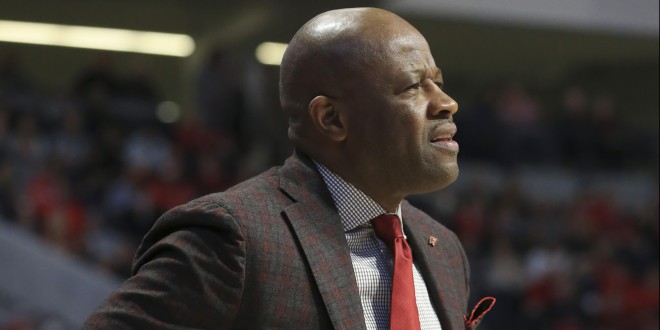 The Arkansas Razorbacks (12-13, 5-7 SEC) will be welcoming the Auburn Tigers (9-15, 3-9 SEC) to their home court tonight for some SEC action. The teams will be battling it out staring at 6 p.m. in the Bud Walton Arena.

Auburn had vital wins against Kentucky and Alabama earlier this season but they now seem to be stuck in a seven game losing streak, falling  by 10 or more points in each match up.

The Tigers head coach Bruce Pearl says the team seems to be struggling with their point guard options and has not been able to bounce back from the suspension of their leading scorer, Kareem Canty. Pearl also announced on Tuesday that Danjel Purifoy will red shirt this season due to an eligibility issue.

This is only Pearl’s second season with Auburn and he is doing his best to rally his players and stay positive by analyzing Arkansas’ recent performance. Auburn is looking to end this series of losses and turn their season around with a win tonight. The Tigers have a 2-10 record away from home.

Arkansas is also coming off of two back to back losses against Mississippi and Ole Miss but the Razorbacks seem confident due to winning the last five straight games against Auburn at home.

Head coach Mike Anderson says believes his team has not been bringing their A game but he hopes to see them fully back in action tonight. Fans seem to be losing hope and this game against Auburn is looking like a must win for the Razorbacks in order to have a shot at a winning season. If they can’t get the job done, this will be Anderson’s first ever losing record.

A lot seems to be on the line for both teams going into tonight’s game as they try to find a way to turn things around and start winning some games. Action starts at 7:00 p.m. on the SEC Network.

Previous Magic Get Two New Faces in Trade with Pistons
Next PREVIEW: No. 1 Florida Softball Hosts Jacksonville in Home Opener