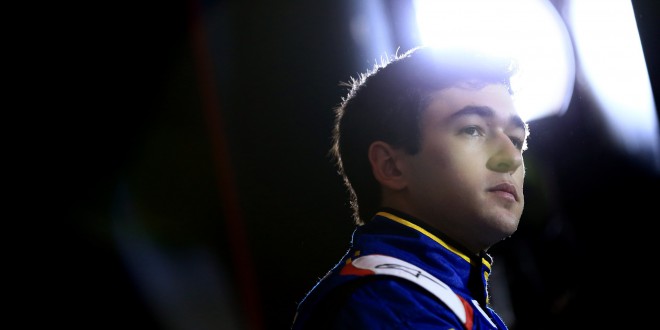 The Great American Race Returns; NASCAR is Back

The stage is set. All tires have been accounted for. The nuts and bolts of car engines have been tightened. It’s time to get The Great American Race underway. The Daytona 500 marks the beginning of the NASCAR Sprint Cup Series. Like many other years, 2016 is a year of firsts for the 500.

First and foremost, this marks the first time Jeff Gordon will not be in the race. The racing legend rode into the sunset last year by retiring from the track but will now be announcing for Fox NASCAR.

So, will there be a No. 24 out on the track? The answer is yes. Driver Chase Elliot will now be driving the No. 24 car in Chevy Napa car. Elliot, at age 20, became the youngest poll winner in NASCAR history. Matt Kenseth, Dale Earnhardt Jr., and Kyle Busch finished behind Elliot in that order.

Busch is coming off a big 2015 campaign which ended with him carrying the Sprint Cup Championship Trophy in Homestead.

Vroom! One last practice session to finish the day for the NSCS cars! #DAYTONA500 pic.twitter.com/wSbwYqe7az

As for Earnhardt Jr., this is going to be an emotional weekend for him. February 18th marked the 15th anniversary of his father’s death, which happened on the very track he is going to be running on Sunday. Going into the race, he is considered to be one of the favorites to win after finishing second in last year’s race. A win could mark his third checkered flag at Daytona.