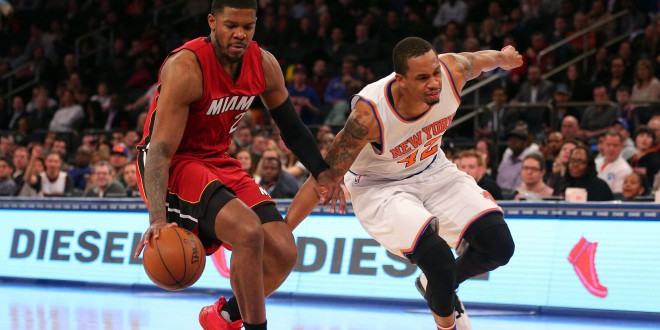 The Magic got off to a fast start, scoring 40 points in the first quarter alone. The 40 points was the highest number of points the Magic have scored in a single quarter all season. The Magic continued their scoring dominance in the second quarter, outscoring Philadelphia 37 to 25, to build a 77-51 halftime lead.

However, the 76ers began to chip away at the Magic’s lead in the second half and with under four minutes to go in the game, the Magic’s lead had evaporated down to eight. Point guard Elfrid Payton scored the next seven points for the Magic to get the lead up to 10 points with less than a minute to go, and the Magic escaped with the win, sending Philadelphia to its eighth straight loss.

The Magic will be back in action Tuesday versus the Dallas Mavericks.

The Heat went on a 8-0 run to start the game and did not allow the Knicks to hold a lead once for the duration of the game.

Last night also marked Joe Johnson’s debut as a member of the Heat, who signed with the team the day before. Johnson started the game for the Heat and finished with 12 points, three assists and three rebounds. After the game, Johnson said that it was different being traded midseason, but he is up for the challenge.

Your @MiamiHEAT defeat the Knicks 98-81 for their franchise record 5th straight over the Knicks in NYC. pic.twitter.com/gK2I11SkkF

The Heat will face the Chicago Bulls tomorrow night.