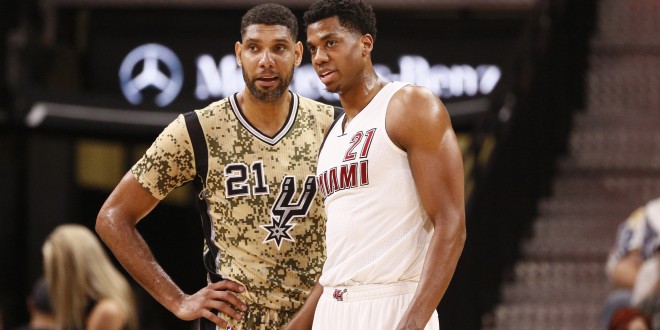 The Miami Heat came and left the AT&T Center the same way the last 35 teams have, defeated.

The San Antonio Spurs captured their 36th straight home win with a 112-88 victory over Miami Wednesday night, leaving them just a game shy of matching the record set by the Chicago Bulls in 1995-1996.

All-Star Forward Kawhi Leonard led the night matching career high 32 points, even after leaving the game with 6:01 remaining in the third quarter with a right quad contusion. Leonard went straight to the locker room after being fouled by Justice Winslow on a driving layup.

Kawhi's status for Friday vs. Memphis is uncertain. Parker said injury wasn't "that bad" but could cause him to miss a "day or 2." #Spurs

Rookie Josh Richardson led the Heat with 17 points on the night, going 3-for-4 from beyond the arc.

Dwayne Wade chipped in with 16 points, grabbing five rebounds with three assists on 8-of-13 shooting.

Hassan Whiteside was the key for Miami’s offensive rebounds and keeping the ball alive with 12 points and 14 rebounds.

With 4 off rebs tonight @YoungWhiteside has moved into 17th place on Miami's All-Time list (347). pic.twitter.com/Lo8qKKTeKl

While the difference in numbers of this game don’t jump off the paper, one big key difference here was free throws. San Antonio shot 83% from the line, compared to Miami’s 58%. Heat head coach Erik Spoelstra says although he wasn’t happy about this, he was happy with the team’s overall defense.

Here’s a closer look at the takeaways for Miami:

"This one felt like 10 losses but it's only 1. We will bounce back & prep for the next game like we always do." -Spo pic.twitter.com/V5RcuUET44

Next up, the Heat will play host to the Orlando Magic Friday night. The Spurs will look to extend their home win streak against the Memphis Grizzlies Friday night. 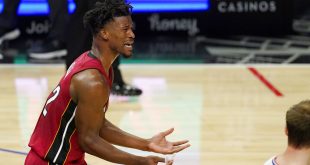 It seemed like it could be the Miami Heat’s night, with the Los Angeles Clippers …