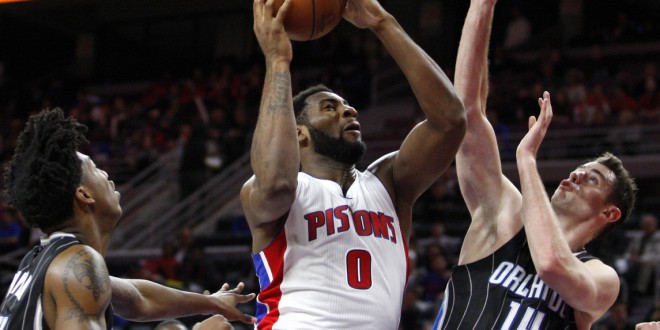 The Magic got off to a slow start offensively Wednesday night and found themselves down 32-21 at the end of the first quarter. The team had a much better second quarter, scoring 36 points, but still went into halftime down 57-66.

In the third, the Magic scored a solid 30 points and headed into the fourth quarter down by nine points. The Magic were outscored 22-15 in the fourth and went on to lose 118-102.

The Magic did not hold a lead once during the game and shot only 40 percent from the field. Orlando was without center Nikola Vucevic for the tenth straight game as he sat out with a groin strain.

A bright spot for the Magic was point guard Elfrid Payton, who led the team with 20 points and notched the third triple-double of his career.

.@Elfrid's triple-double not enough for the Magic in Detroit. pic.twitter.com/algue571Bm

Defensively, the Magic allowed the Pistons to shoot 53.8 percent in field goal percentage.

Orlando Magic head coach Scott Skiles said everything that could go wrong for the Magic defensively, did go wrong.

Detroit center Andre Drummond proved to be a big issue for the Magic, scoring 30 points, 14 rebounds and one assist. Skiles said his team failed to stop Drummond.

The Magic will finish up a four-game road trip Friday against the Heat in Miami.

Junior telecommunication student at the University of Florida. Passionate about all things related to sports.
@@EllenBazley
Previous The Spurs Turn Up the Heat Over Miami, 112-88
Next NCAA Sweet Sixteen Preview: Miami vs. Villanova