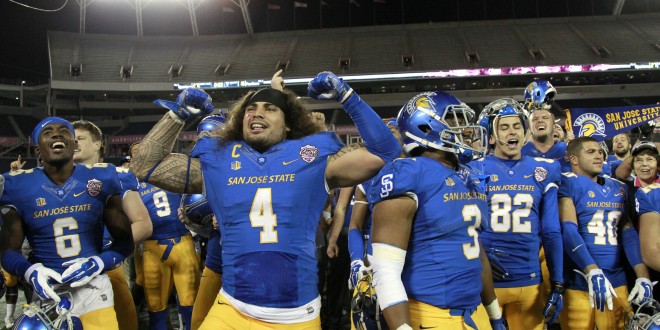 No New College Bowls Will Be Added Until 2019

No new bowls will be added till the 2019 season. The NCAA has approved a three-year moratorium on the creation of new bowl games.

The decision was made after three teams with a record of 5-7, Minnesota, Nebraska and San Jose State, were put in bowl games last season since there weren’t enough teams to fill in the slots of the 41 approved bowls.

Within the span of 45 years a total of four teams with losing records had played in bowl games.

This is not the first time the NCAA has issued this bowl freeze as it was implemented in 2011 and when the freeze was lifted six new bowls were added not including the College Football Playoffs. Bowls added were the Miami Beach, Camellia, Boca Raton, and the Bahamas bowls in 2014 and the Arizona and Cure Bowl in 2015.

With this new rule, three cities were affected, Austin, Texas; Myrtle Beach, South Carolina; and Charleston, South Carolina, who were in the process of seeking to add bowls in 2016

The moratorium was picked through the 2019 season because most bowl deals in 2013 resulted in a six-year contract and will be up for renewal, meaning some cities will have the option of selling their bowl game to other cities if they are not making enough money, are getting teams with losing records or the community support was not big enough.

For now, the NCAA is also looking to change the requirements for bowl eligibility from 6-6 to 7-5 or finishing .500.

Previous Marlins Win on the Road Against Mets
Next Preview: Gator Lacrosse Set To Host Marquette