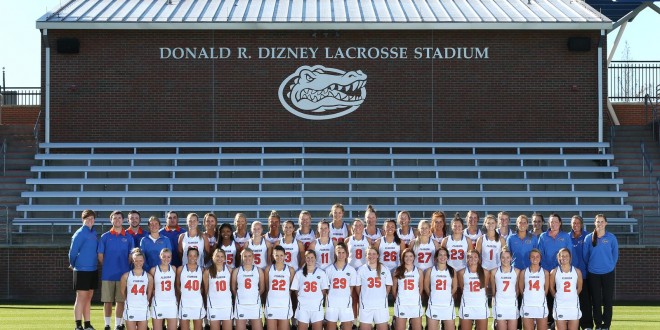 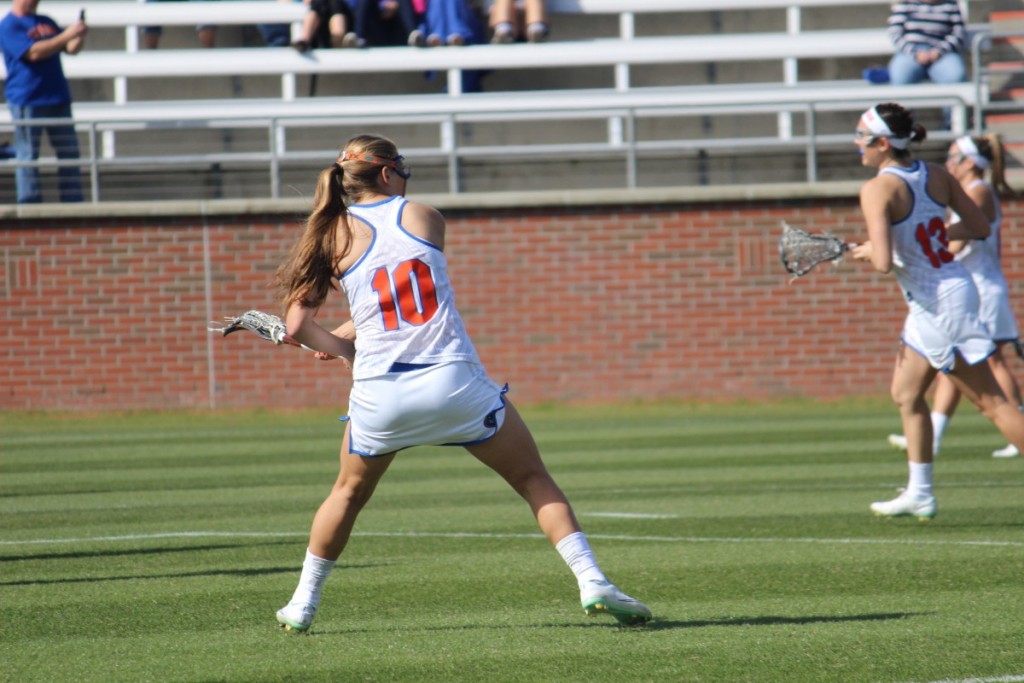 The Florida lacrosse team is looking for its fourth straight win as it hosts the Marquette Golden Eagles Wednesday at 2 p.m.. The Gators will be home at the Donald R. Dizney Stadium for the match up before heading to Pennsylvania to take on Villanova Saturday. The Gators improved to 12-1 and 3-0 in the Big East when they beat Georgetown Saturday in a 14-7 victory.

The Gators will face an offensively dominating team Wednesday. The Golden Eagles (4-8, 1-1 Big East) have multiple players who can hit the back of the net every game. Last week in Marquette’s loss to UConn, they had five players who hit multiple goals during the match up. Amanda O’Leary, head coach for Florida says Marquette will be a challenge.

O’Leary will look to every active player on her roster to come out and play against Marquette Wednesday. In Florida’s last game against Georgetown all 29 available players saw action. A total of six Gators hit the back of the net Saturday in the win. Senior Nicole Graziano and sophomore Shayna Pirreca scored four goals apiece against the Hoyas to lead the team to the win. The Gators are looking good defensively going into the game against Marquette; they forced 10 turnovers in the game against Georgetown and coach O’Leary says she’s happy with her team.

Wednesday’s game will be the second match up ever between the two schools. The Gators got the win (16-5) in the first meeting last season.