Home / Miami Marlins / Marlins Win on the Road Against Mets 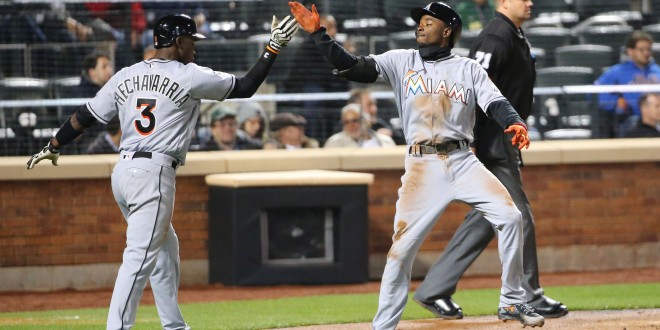 Marlins Win on the Road Against Mets

Miami Marlins Manager Don Mattingly explained that his team had a good approach against Matz in the second inning.

Giancarlo (John Carlo) Stanton hit a two-run homer off Matz in the second inning and he says getting runners in scoring position was key.

Pitcher Jared Cosart made his first start of the season for the Marlins in last night’s game, but he ran into some control problems and left in the fifth inning. The pitcher allowed four hits, three runs, walked three and struck out three.  Four Marlin relievers combined to keep the Mets scoreless the rest of the way.

Miami is now 2-3 after yesterday’s victory. Tonight, they will play their second game in a three-game series against the Mets with Jose Fernandez scheduled to get the start on the mound. The game is scheduled for 7:10 p.m.