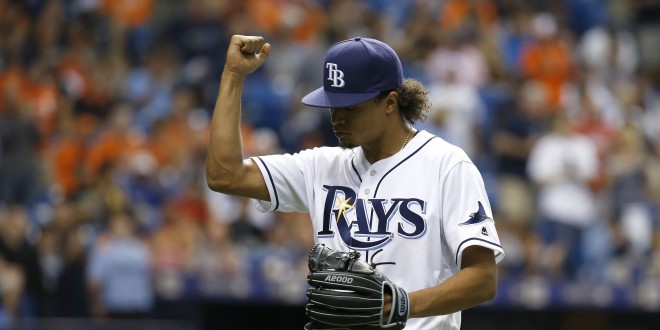 Heading into a series opener against division rival Baltimore, the Tampa Bay Rays looked to keep their momentum going after an 8-1 victory over the New York Yankees the previous night. They had gotten off to an extremely hot start, scoring five runs in the first inning alone. They hit four home runs, blowing the home team out of the water completely and inching the Rays closer to the .500 mark for the reason. The Rays hoped that the great offensive play would carry over to the next game in Baltimore.

And just like we’ve come to know in the unpredictable world of sports, exactly the opposite happened.

The Rays delivered one of their best defensive performances of the season on Monday, limiting the Orioles to just five hits on route to a 2-0 victory in Camden Yards. The defense was anchored by pitcher Chris Archer, who earned his first win of the reason after starting out 0-4. The 27 year-old pitcher struck out 10 batters  in six innings of work; his season ERA of 5.47 is far from impressive, but Archer looked very comfortable when facing Baltimore’s bats.

Archer had five strikeouts in the first two innings alone, setting the tone for the rest of the game. He said that staying ahead of the count was one of the most crucial points to winning the game.

On offense, the Rays had to work with what they had. They were only able to scrape together five hits, but unlike the Orioles, were able to string the hits together to make them much more impactful. In the bottom of the fifth inning, Curt Casali hit a double to left field off of Baltimore pitcher Kevin Gausman that brought Steven Souza Jr. home and gave the game its first run of the evening. The very next inning, Casali was hit by a pitch that allowed Corey Dickerson to score. Other than that, the game was deprived of offense because of dominant performances by both pitchers. Casali said that he was happy that he was able to contribute both on offense as well as defense, where he provided catching duties and helped Chris Archer out with a huge defensive display.

Now sitting at 9-10, the Rays are fourth in the AL East. The season is way too early to tell how these teams will end up, but Tampa Bay will want to hit the .500 mark as they continue their series against the Orioles tonight at 7:10 p.m. Baltimore is sitting on top of the division, but they can’t get too comfortable, as many things can change during the early dawn of the season.