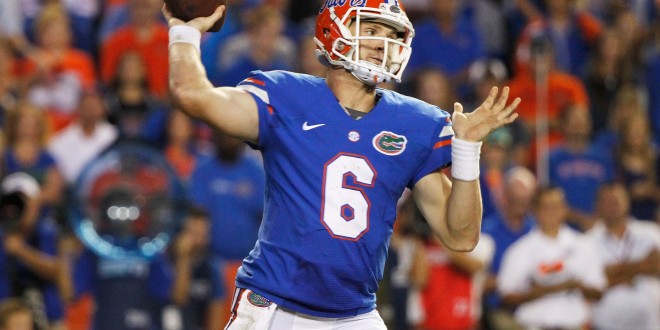 Jeff Driskel had somewhat of a rollercoaster run with Florida football.  He was projected as the “Next Tim Tebow”. Driskel started for the Gators as a sophomore and performed with strong statistics. He won 10 games with a 63.7 completion percentage, 12 touchdowns versus five interceptions, and 408 rush yards. However, a broken leg stunted his growth as a player. Driskel took a medical redshirt in 2013 and shared the job with Treon Harris in his fourth and final year with the program in 2014. Although he faced unrelenting criticism from Florida fans, Driskel believes his experiences with the Gators shaped him into the person and player he is today.

Driskel announced that he would transfer for his final year or eligibility to play at Louisiana Tech. He threw for 4,033 yards and 28 touchdowns, with only seven interceptions. Driskel earned the Conference USA Newcomer of the Year and honorable mention all-conference recognition.

After building his confidence at LA Tech, Driskel is confident heading to the NFL Draft.  He’s enjoyed the process of preparing, which starts with the Senior Bowl, personal visits from scouts and coaches, the NFL Combine, Pro Day, and finishes with workouts. Driskel says its an honor to connect with talent around the league.

Although he cannot divulge too much information about his prospects, Driskel says he has worked out privately with only two teams but is confident in his abilities.  League experts doubt his abilities to get the receivers the ball down field.  They also speak of his supposed inability to lead receivers with throws, forcing them to adjust to throws behind them which limits their yards after the catch. But Driskel isn’t worried. He says he stays above the negative commentary.

Driskel is projected to be picked up during Day 3 of the draft, but he says he is ready to prove his abilities.

The NFL Draft starts Thursday at 8 p.m and can be heard on ESPN Gainesville 95.3 starting with pre-draft coverage at 7 p.m.

Previous GHS Softball to Face Niceville in Regional Final
Next Spotlight on L.A. Rams to Make Their Move