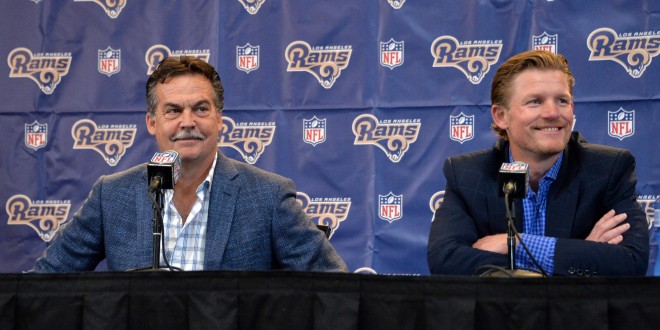 Spotlight on L.A. Rams to Make Their Move

The Los Angeles Rams made the bold decision to trade up to the No. 1 overall pick in the 2016 NFL Draft.

The Rams traded the 15th overall pick and other multiple picks with the Tennessee Titans for the first overall pick. Ever since the trade was made the Rams have been on the clock.

Los Angeles have only five picks in the entire draft, which is the fewest amount of picks for any team going into the draft.

The Rams can go in many different directions with the No. 1 overall pick. Head Coach Jeff Fisher hasn’t revealed any plans for the draft.

The main reason the Rams traded was their biggest need is at the quarterback position. Last offseason, the Rams acquired Nick Foles in a trade with the Philadelphia Eagles. Nick Foles threw seven touchdowns and 10 interceptions in 11 games. L.A. now finds themselves in the same situation at quarterback.

The top two quarterback prospects in this year’s draft are Carson Wentz (North Dakota State) and Jared Goff (University of California, Berkeley). Both quarterbacks are projected to be selected first and second overall.

The Los Angeles Rams also have a need at cornerback. Cornerbacks Janoris Jenkins and Rodney McLeod departed from the Rams leaving big holes to fill and could take a cornerback if they choose to do so.

Whichever route the Los Angeles Rams will go, they must make it count. The last time the Rams had the first overall pick they were still in St. Louis and it was 2010 as they chose Sam Bradford from Oklahoma.  Bradford did not pan out due to reoccurring injuries, including two ACL tears in the same knee.

The nation will find out which direction the Rams will go when Roger Goodell announces the player and school he’s from tomorrow night at 8 p.m. on ESPN. You can listen to draft coverage on ESPN Gainesville 95.3 FM starting at 7 p.m. 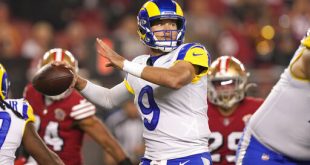