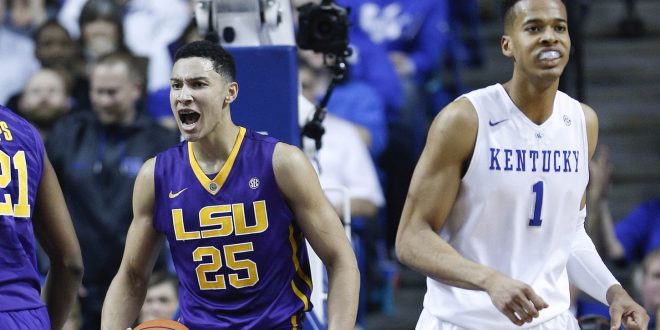 Although there are no real divisions in SEC men’s basketball, there has been a stark contrast in the level of competition and success between teams that would be considered in the SEC East and SEC West.

Throughout the past decade, SEC ‘East’ teams like Kentucky and Florida have been the saving grace for SEC basketball. Under Coach Calipari, Kentucky has won one National Championship and has made four Final Four appearances. Florida won back-to-back championships in 2006 and 2007, also making appearances in the Elite 8 from 2011-2014.

But with Texas A&M having a breakout year the 2015-2016 season, are other SEC ‘West’ teams ready to starting competing at a level that allows for SEC basketball to be in the same consideration competition wise as other conferences like the Big-10 and PAC-12? With schools like Auburn and Alabama making notable head coaching hires in attempt to rebuild their programs, the ceiling for SEC basketball is high.

There is no questioning the individual talent that comes out of the SEC each year, with players like Ben Simmons being drafted first overall after one season at LSU. Where teams have struggled in the west others have been putting together solid groups of players and being able to keep them together at the school long enough to put together a big time season. Not many teams are able to consistently reload with recruits like Coach Calipari is at Kentucky.

The #SEC had the most 1st round draft picks of any conference in
1) Football,
2) Baseball
3) Basketball. #TeaLizard

Auburn coach Bruce Pearl discussed how important it truly is to keep players at the school and for teams to build relationships in order to build a NCAA Tournament caliber team.

Texas A&M’s run this past season is a perfect example of what can happen when you do bring players back. Anchored by six seniors and one junior, A&M was able to lock up a three seed in the tournament and made it all the way to the Sweet 16. They’ll need sophomore center Tyler Davis to carry the load next season with the departures of their seniors.

Arkansas will be looking to turn heads in the SEC this year as well. Coach Mike Anderson landed three big time JUCO transfers in Orlando Cook, Jaylen Barford and Daryl Macon. To go along with these transfers are the return of starters Dusty Hannahs and Moses Kingsley. Kingsley is widely considered to be one of the top big men in the country and was recently invited to attend the Nike Academy in Los Angeles. Coach Anderson has high expectations for Kingsley and said he’s been working hard in the offseason to improve his game.

Four SEC teams, including Arkansas, will take foreign tours soon to get a head start on basketball season https://t.co/o406SPjSNl

Despite the loss of Ben Simmons, and seniors Tim Quarterman and Keith Hornsby, Coach Johnny Jones of the LSU Tigers is optimistic about the upcoming season. With five juniors returning to the team, LSU does not lack the experience needed for a team to excel. Coach Jones is also looking for sophomore guard Brandon Sampson to blossom into the team’s go-to scorer next season. Sampson flashed signs of greatness last year during LSU’s tour of Australia, but only averaged four points and one assist in five starts during the regular season. With the departure of the team’s top two scorers, Sampson and guard Antonio Blakeney will be looked upon to carry the scoring load.

It should be an interesting year for the teams in the ‘western’ division of the SEC. With no clear cut favorite to contend with Kentucky, it will be exciting to see which teams step up to hopefully bring the competitive reputation that the SEC brings in football and baseball.

Previous Ryan Lochte to Swim in 2016 Rio Olympics with Fellow Gators
Next Chasing The Beast of the East: The Kentucky Wildcats

SEC Hoops Kentucky Wildcats vs. Alabama Crimson Tide It was an epic showdown as four …