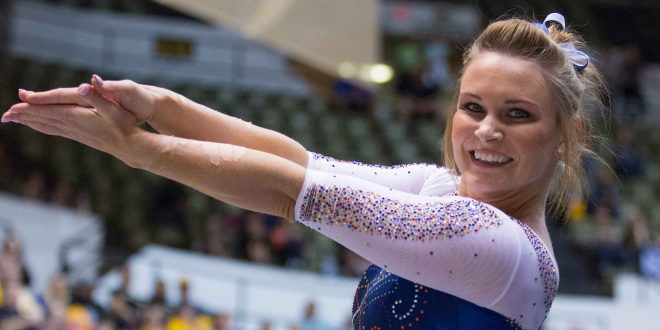 The Southeastern Conference named University of Florida senior gymnast Bridget Sloan the Roy F. Kramer SEC Female Athlete of the Year on Thursday—the icing on the cake to end an extremely impressive career at Florida.

Sloan is Florida’s career leader for all-around wins with 27, event titles with 95, and 10.0 marks with eight. Among her other achievements include two top national collegiate gymnast Honda Awards, two NCAA All-Around Champion titles, and a silver medal at the 2008 Beijing Olympics.

In a press release Sloan said, “What a surprise! I am honored to receive this award on behalf of the Gator program. I’m so happy that I chose to include the collegiate experience in my gymnastics career. It certainly has been a privilege to be a part of the Gator program and the Southeastern Conference.”