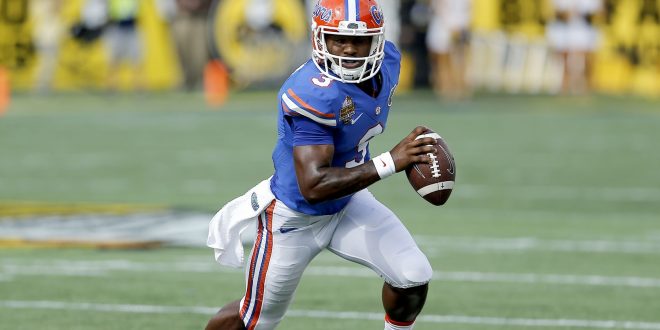 With the college football season approaching, the Florida Gators have announced that former starting QB Treon Harris will transfer to another program.

We are confirming reports that Treon Harris is transferring from the University of Florida.

The Gators were outscored 97-24 against the final three opponents of 2015, and Harris was expected to transition into a wide receiver after serving a suspension during spring football. 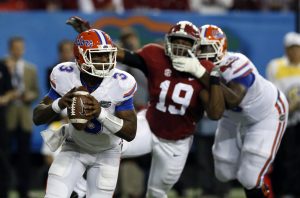 Harris shared snaps with QB Will Grier early last season, eventually finishing the year as the Gators’ leading passer with 1,676 yards, 9 passing TDs, and 6 INTS. Grier also ended up transferring after his season was cut short due to a forbidden substance found during a failed drug test.

Harris was a four-star prospect in the 2014 recruiting class and 247Sports ranked him as the ninth-best athlete in the country.

After replacing eventual Louisiana Tech transfer Jeff Driskel in 2014 and finishing his freshman season with a respectable 146.2 passer rating, Harris and company failed to find any offensive rhythm in the second half of last season.

If Harris transfers to a Division 1 school, he will have two years of eligibility remaining, but he will need to sit out the fall season in accordance with NCAA transfer rules.

Meanwhile, this is the seventh QB to transfer from Florida since 2013.