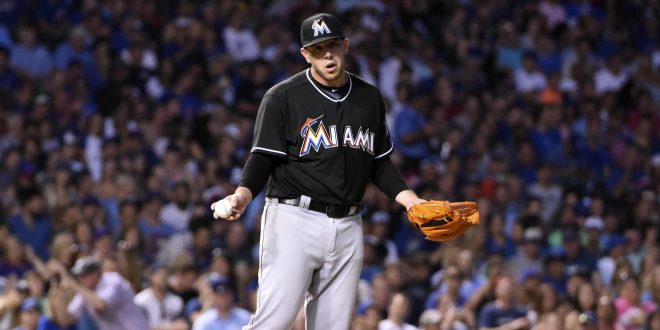 The Tampa Bay Rays and Miami Marlins are on two separate ends of the spectrum as they come down the stretch at the end of the season.

The Rays can look at a win as a glimpse into potential for the future. Pieces that can be built upon or developed, plays that can provide encouragement next year, and attitudes that can translate into future long term success.

The Marlins look at a win as a possibility. A possible playoff spot that has been ever so elusive from them for the past 12 seasons. A chance to help a fan base that has gone through a large amount of rebuilding and re-rebuilding, to the point where it has been donned as “too much”.

Last night, both teams were able to pull those positives out of their wins against solid competition.

The Rays saw a win in an unusual way, with an error in the 11th inning leading to a walk off victory. What was supposed to be a basic play that would push the game into later innings turned into an pleasant surprise for a team that hasn’t seen many pleasant surprises this year. The team was 3-57 in games where they were trailing going into the seventh inning, clocking in an abysmal 10% win rate when trailing like that. This game was different, however, as Evan Longoria launched a homer into the stands with only one out to tie the game. From there, the Rays nearly took the lead with the bases loaded, but Boston was able to strike out Corey Dickerson to leave the three men stranded.

The game went into a stalemate before the error saw Tampa Bay take it home.

“We gotta find a way to win those games, we’re built to win close games, and it was a good one tonight,” Coach Kevin Cash said. Surely in a season of constant disappointment, when things actually go the way the team wanted it, things aren’t under appreciated.

Meanwhile, the Marlins took part in a game that didn’t feature much offense. However, this was taken as a strong defensive performance rather than a poor offensive showcase. The bottom of the sixth saw Christian Yelich single to right field that brought both Jose Fernandez and Dee Gordon home. Shortly afterwards, a Michael Ozuna sac fly brought home Martin Prado. This would be the only scoring taking place for either side, as pitcher Jose Fernandez struck out nine players and only allowed six hits that brought forth nothing on the scoreboard. His season ERA of 2.91 shows how much of a threat he really is when he’s working well.

“There’s times where you need a strikeout, and anytime you strike out, we’re not having to make a play,” Marlins coach Don Mattingly said after the game. When not much offense is being displayed on the scoreboard, pitching is super important for still having an opportunity to pull out a win.

Clearly, both teams have different aspirations for the remainder of the season. The Rays want to continue to show signs of improvement and learn to play from behind. They must also make strides on the defensive side of the ball, where they rank 20th in team fielding. The Marlins are just trying to stay alive in the rough months of the season where certain stretches of games mean everything. If they can continue to get crucial wins and a few losses from other wild card hopefuls like St. Louis and San Fransisco, they can have a good chance to break their spell.

Now both teams look to conclude their series today. The Rays and Red Sox resume their rivalry at 1:10 p.m, and the Marlins start their bout with the Royals at 7:10 p.m. And while they may be on separate ends of the spectrum, positives can still be found out of both teams.